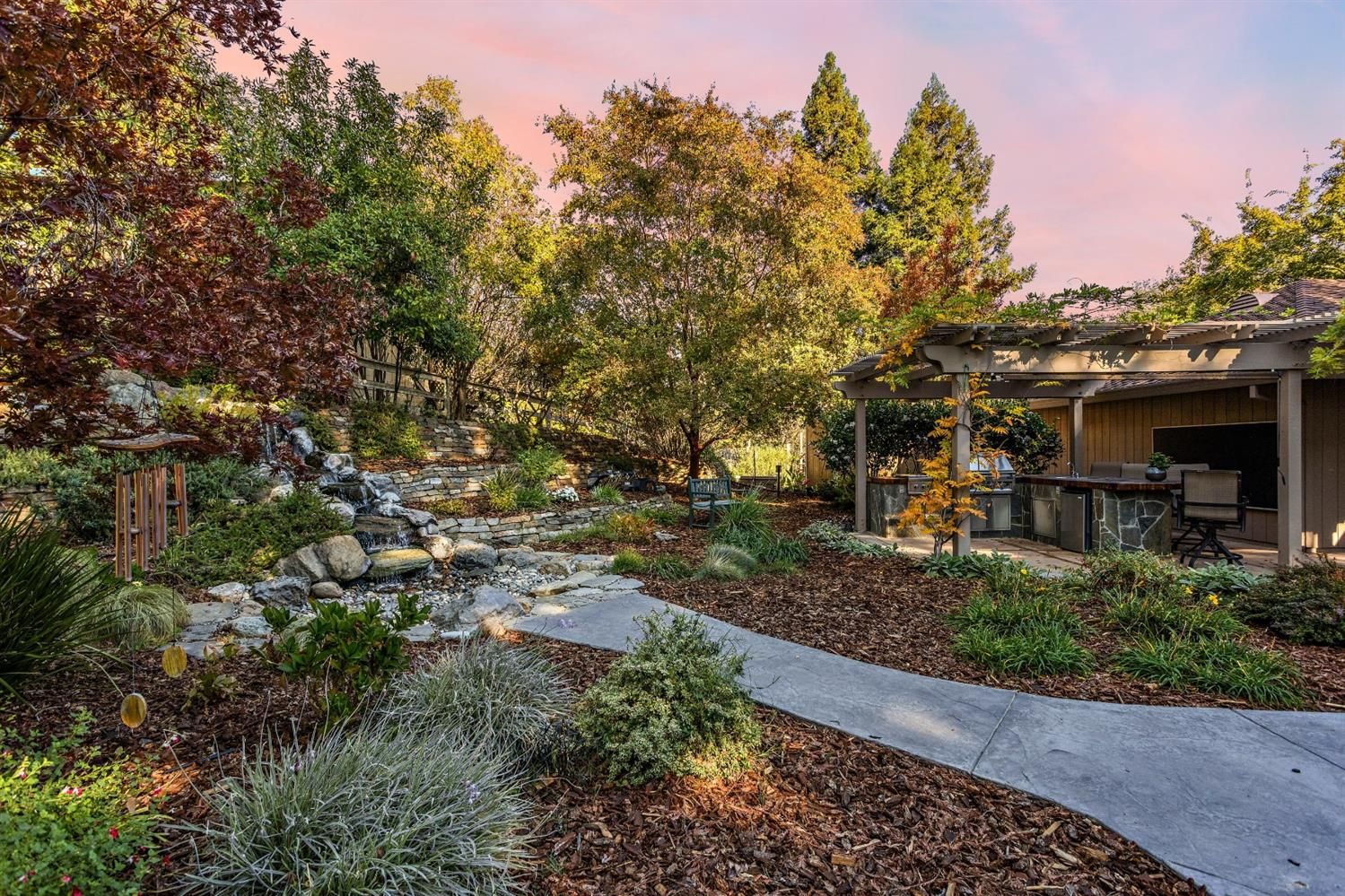 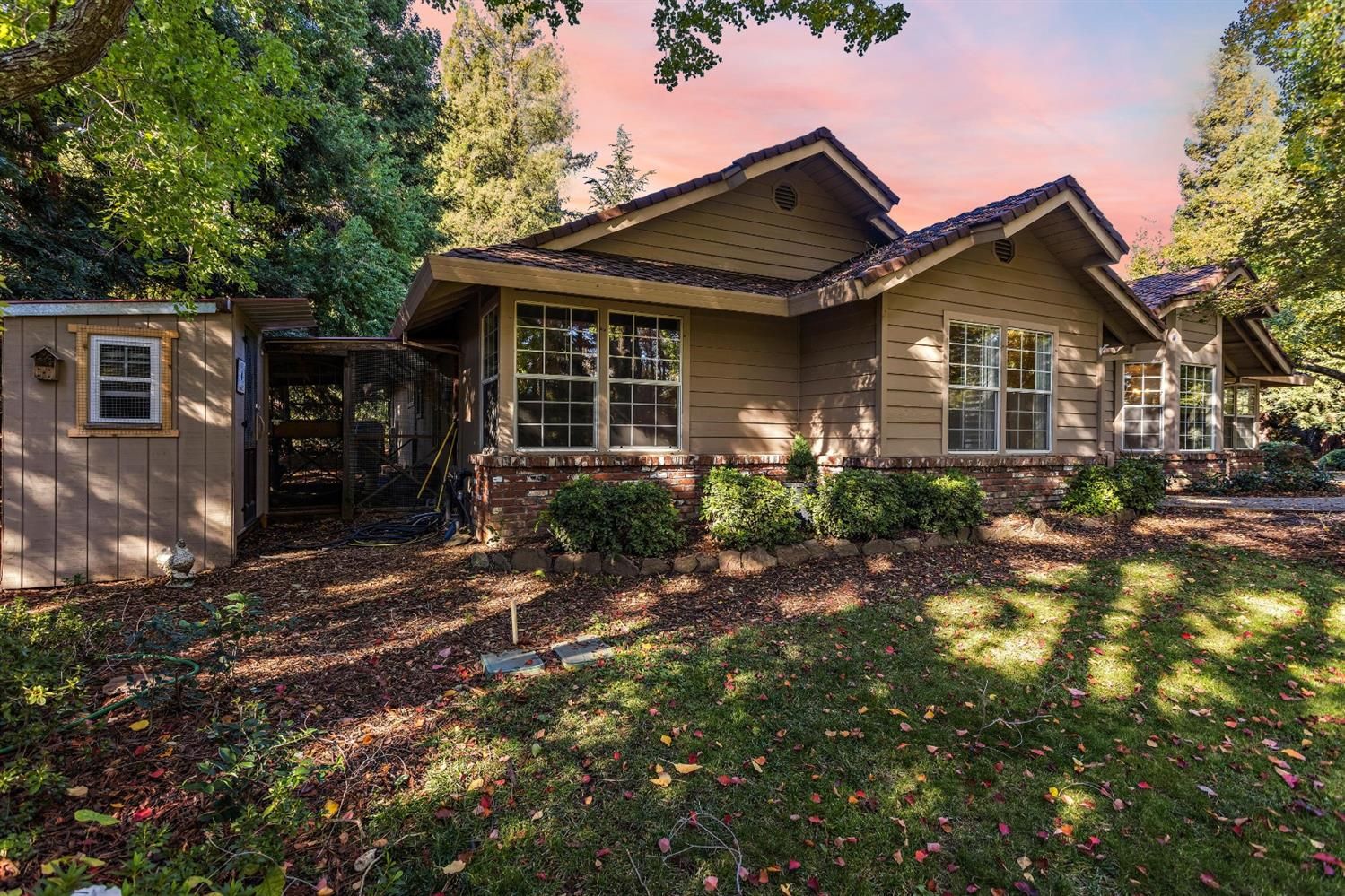 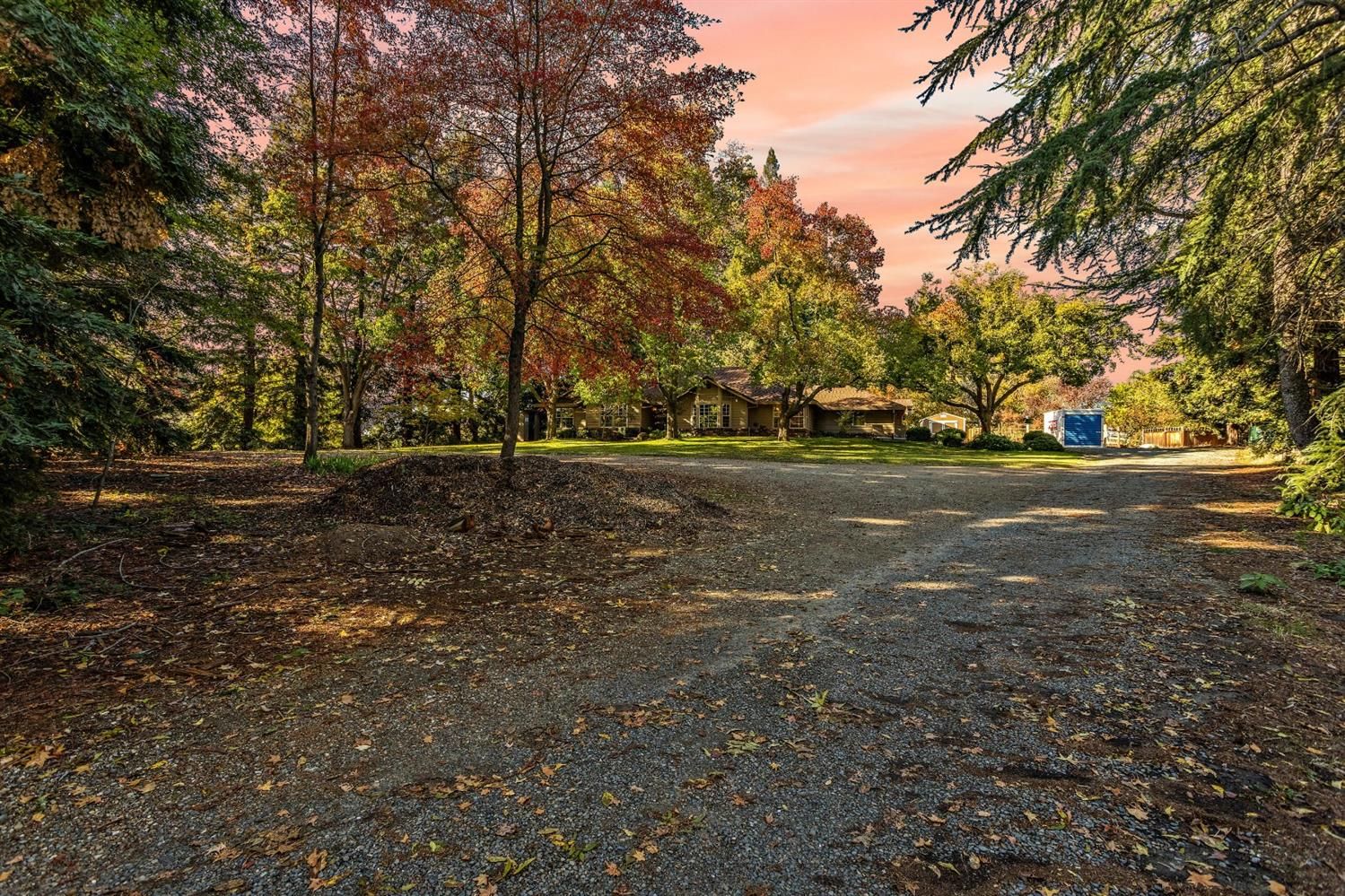 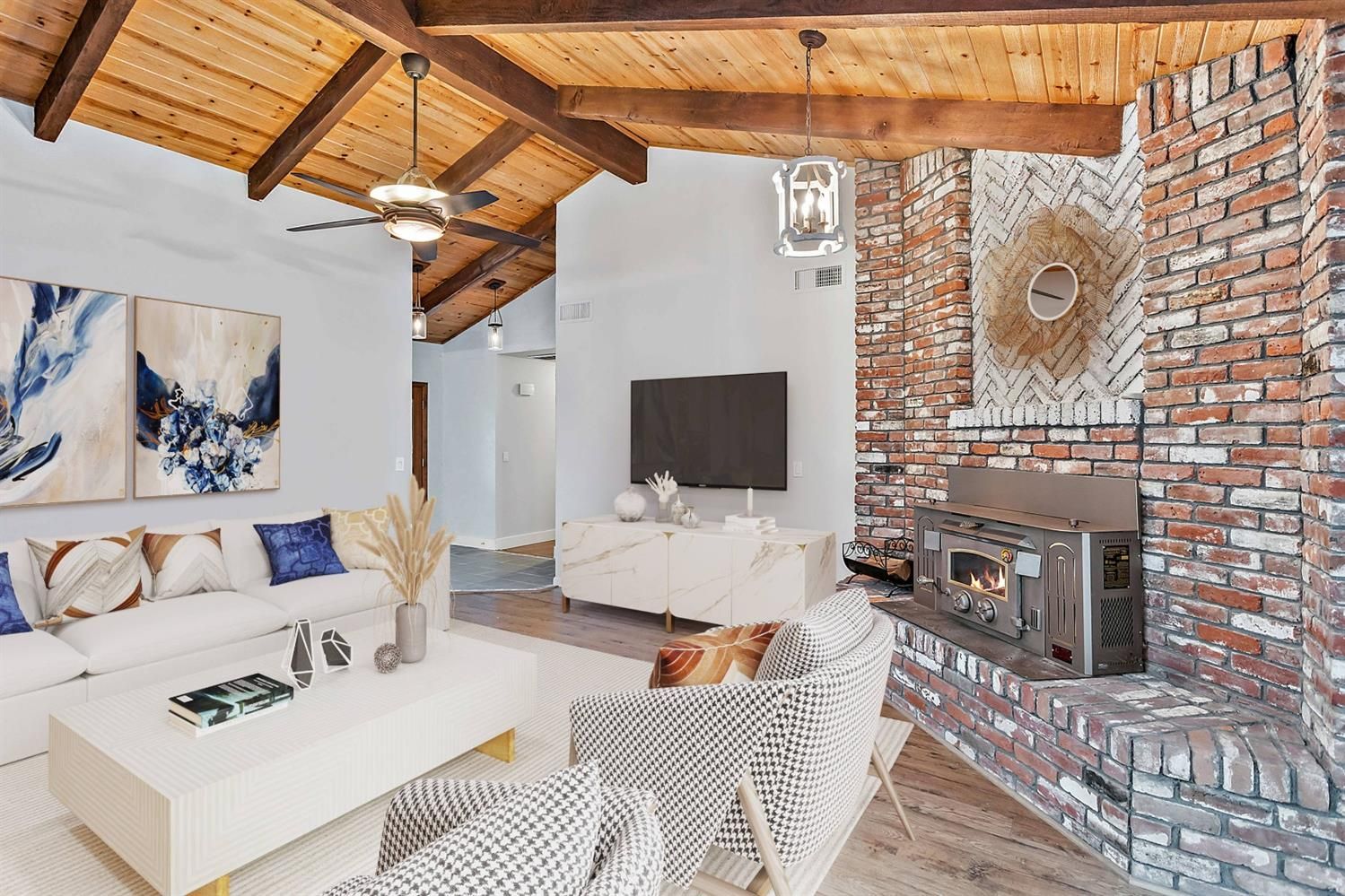 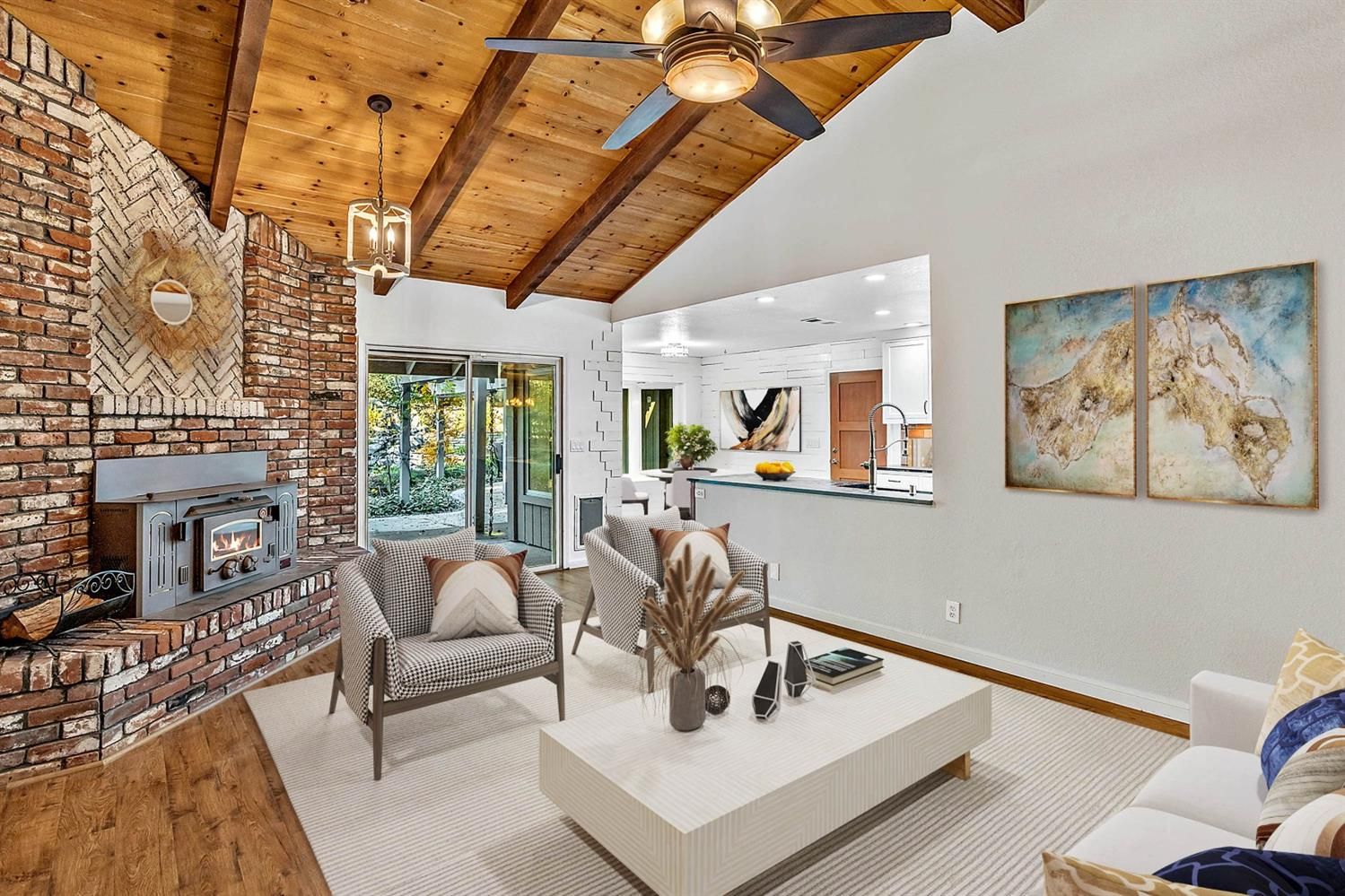 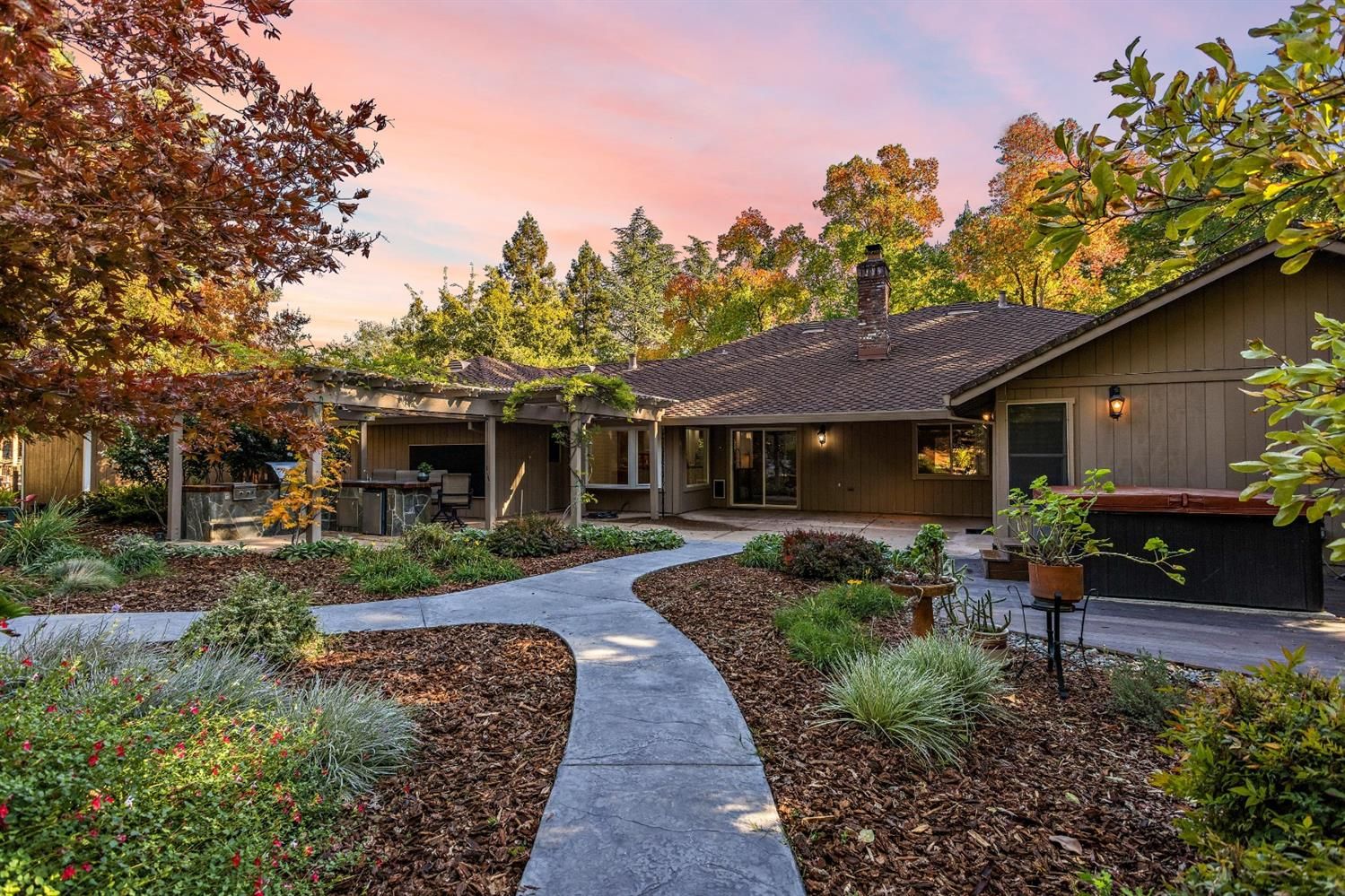 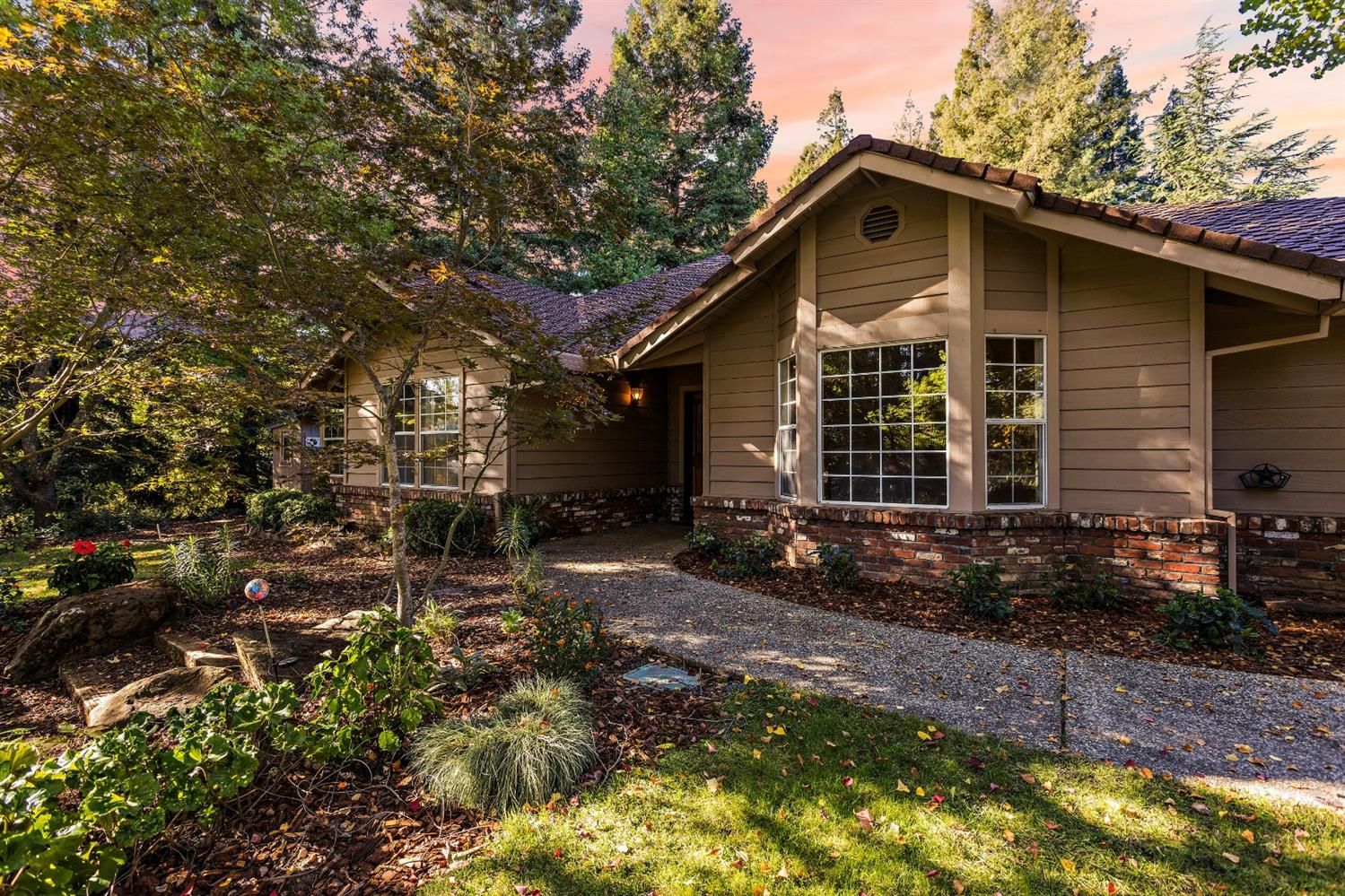 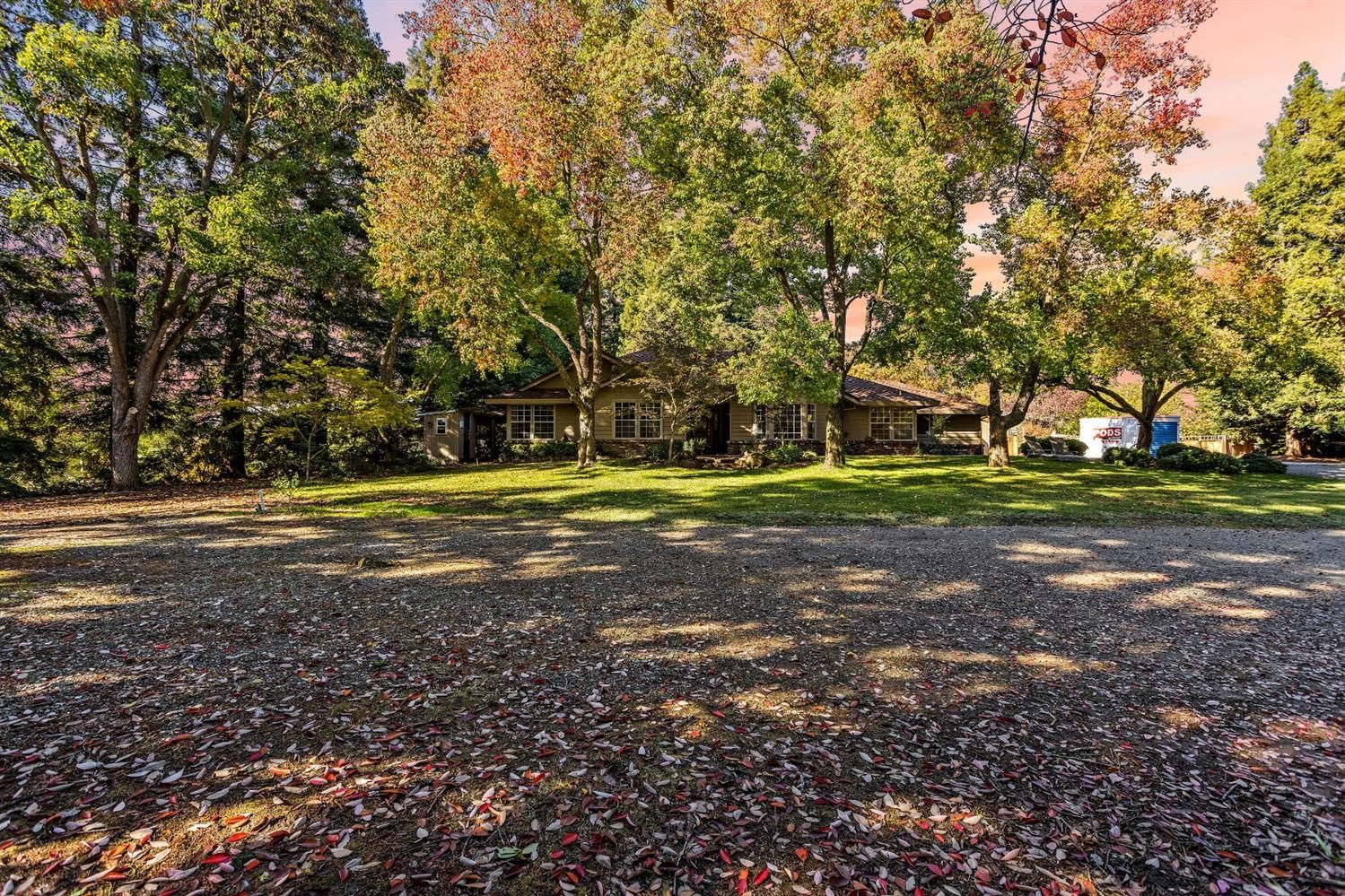 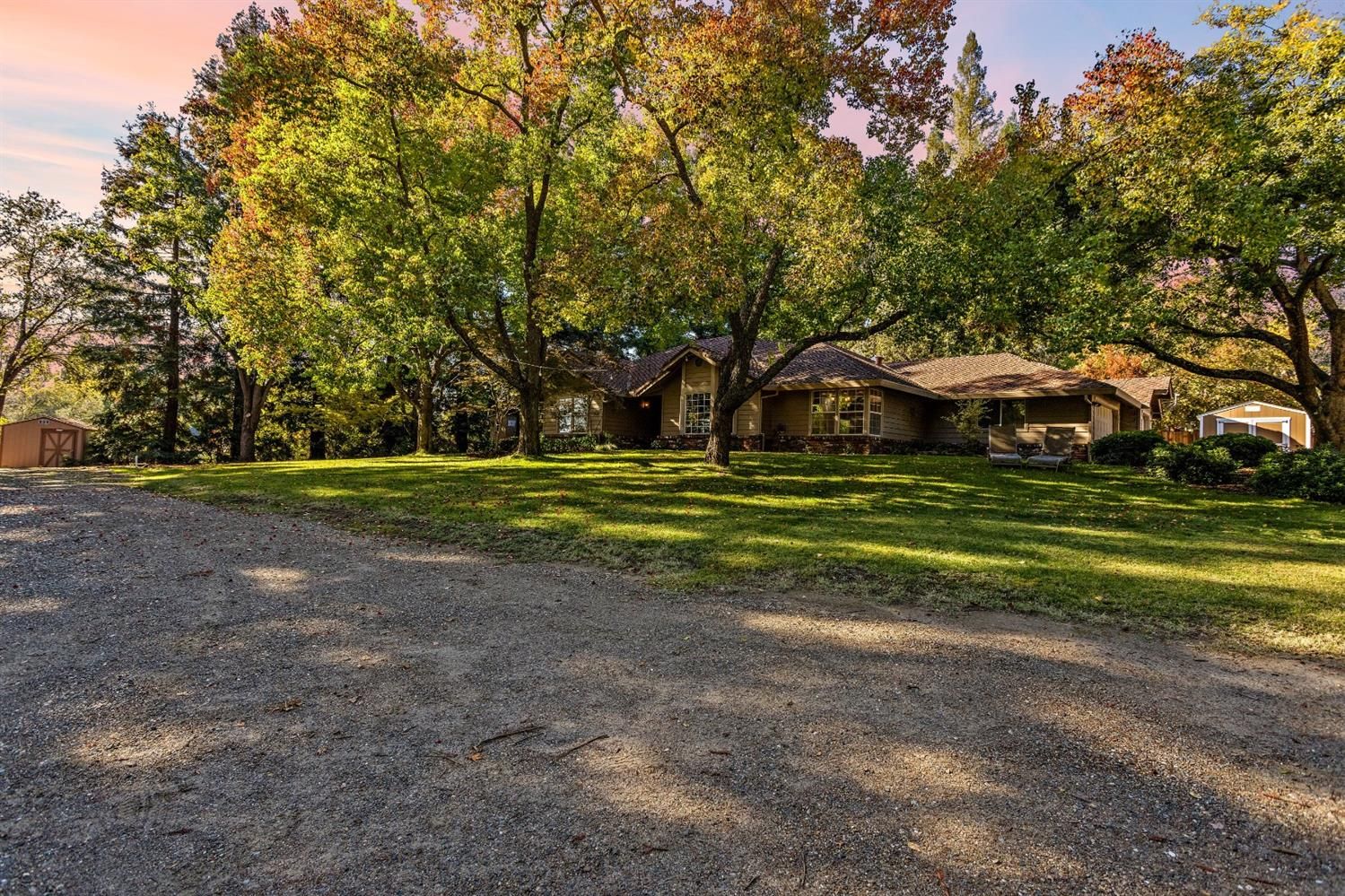 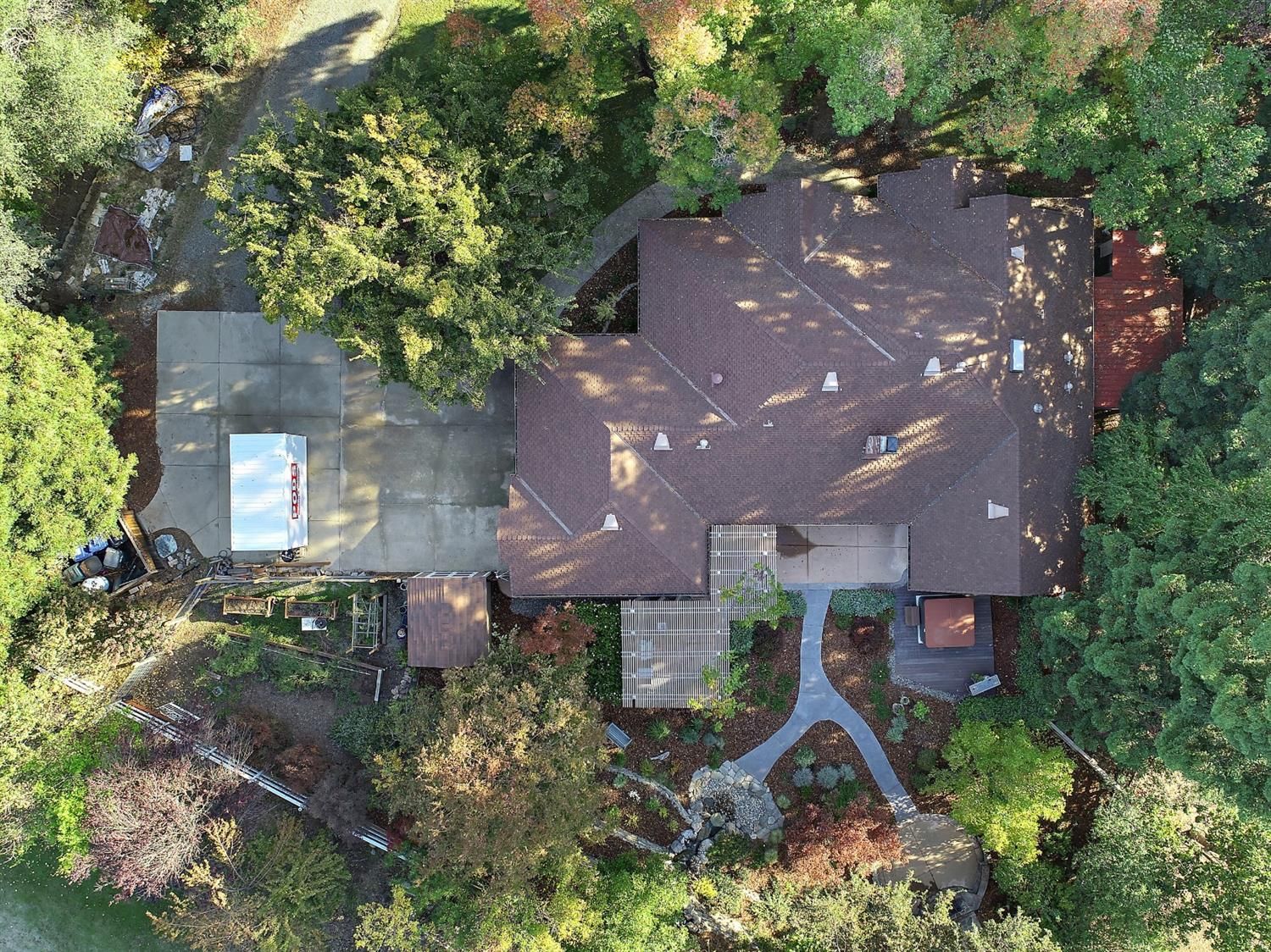 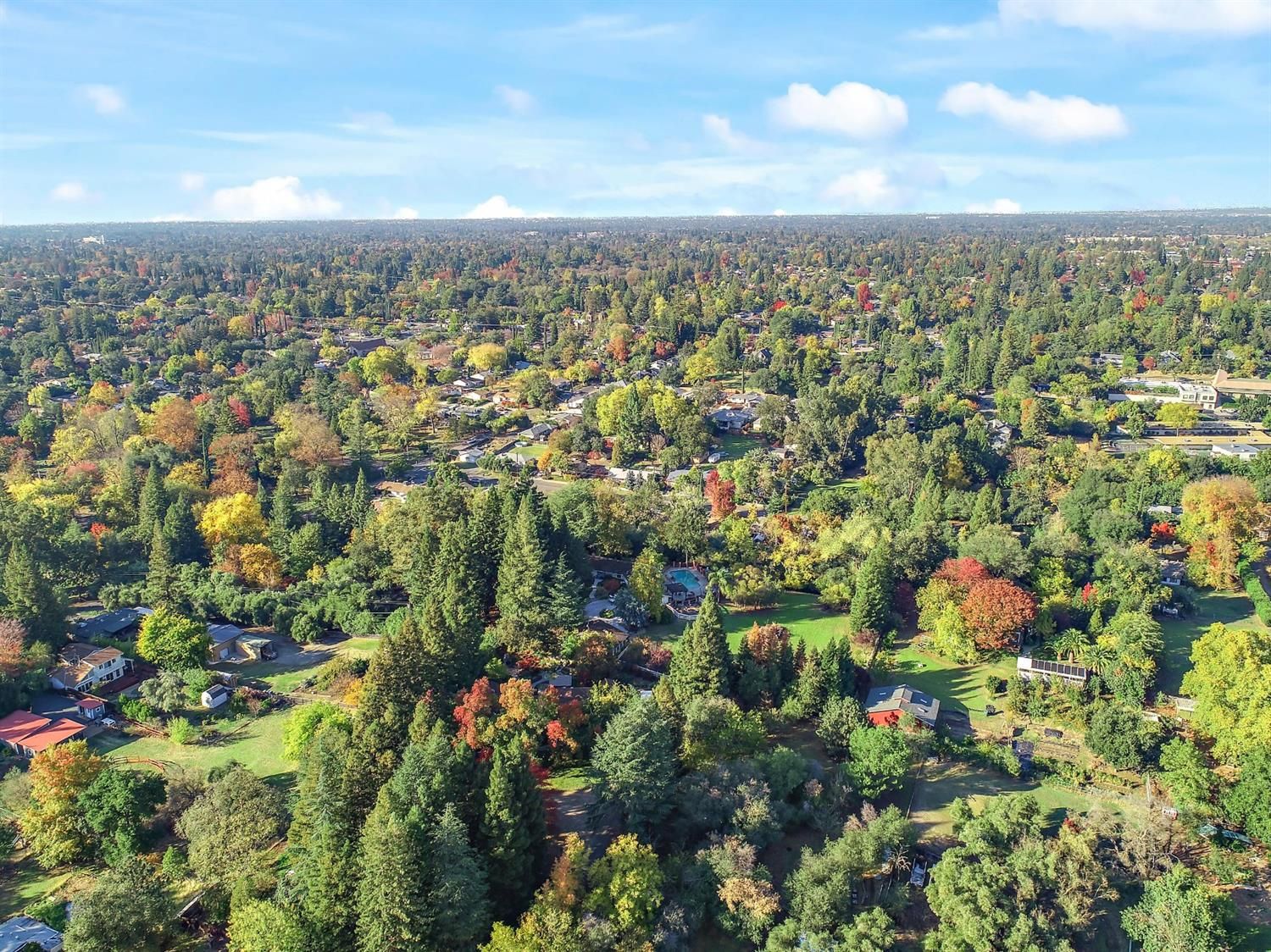 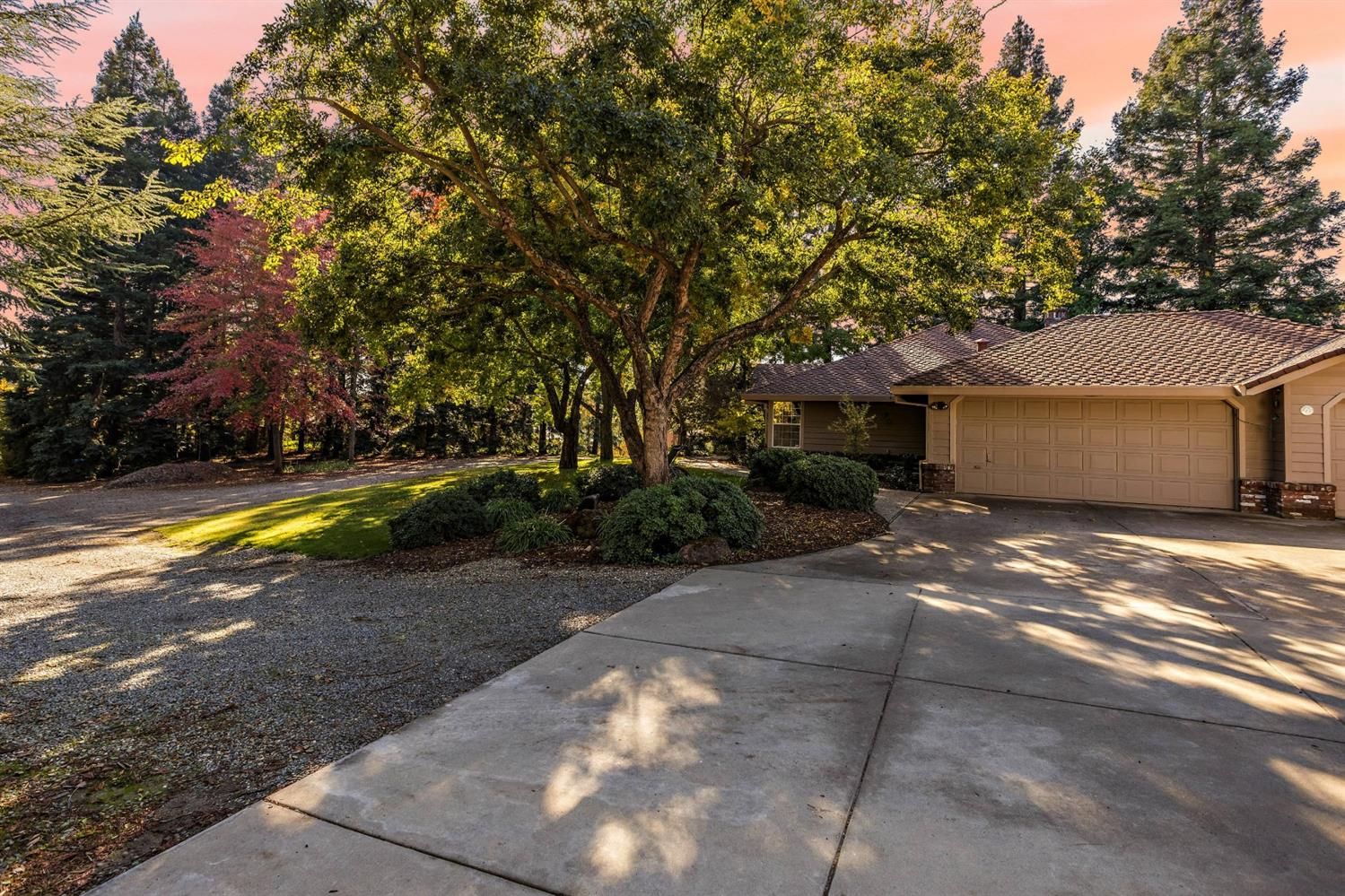 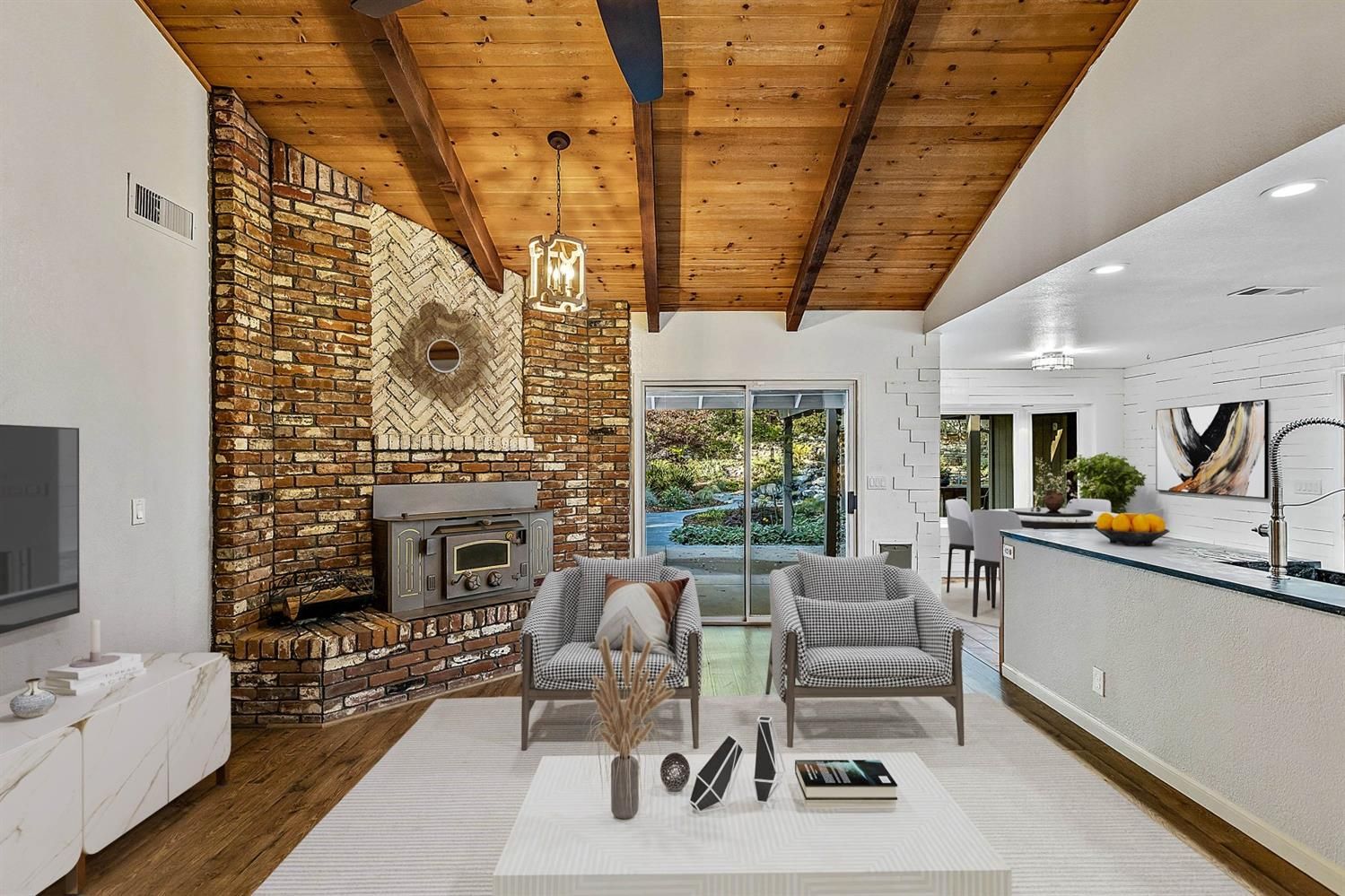 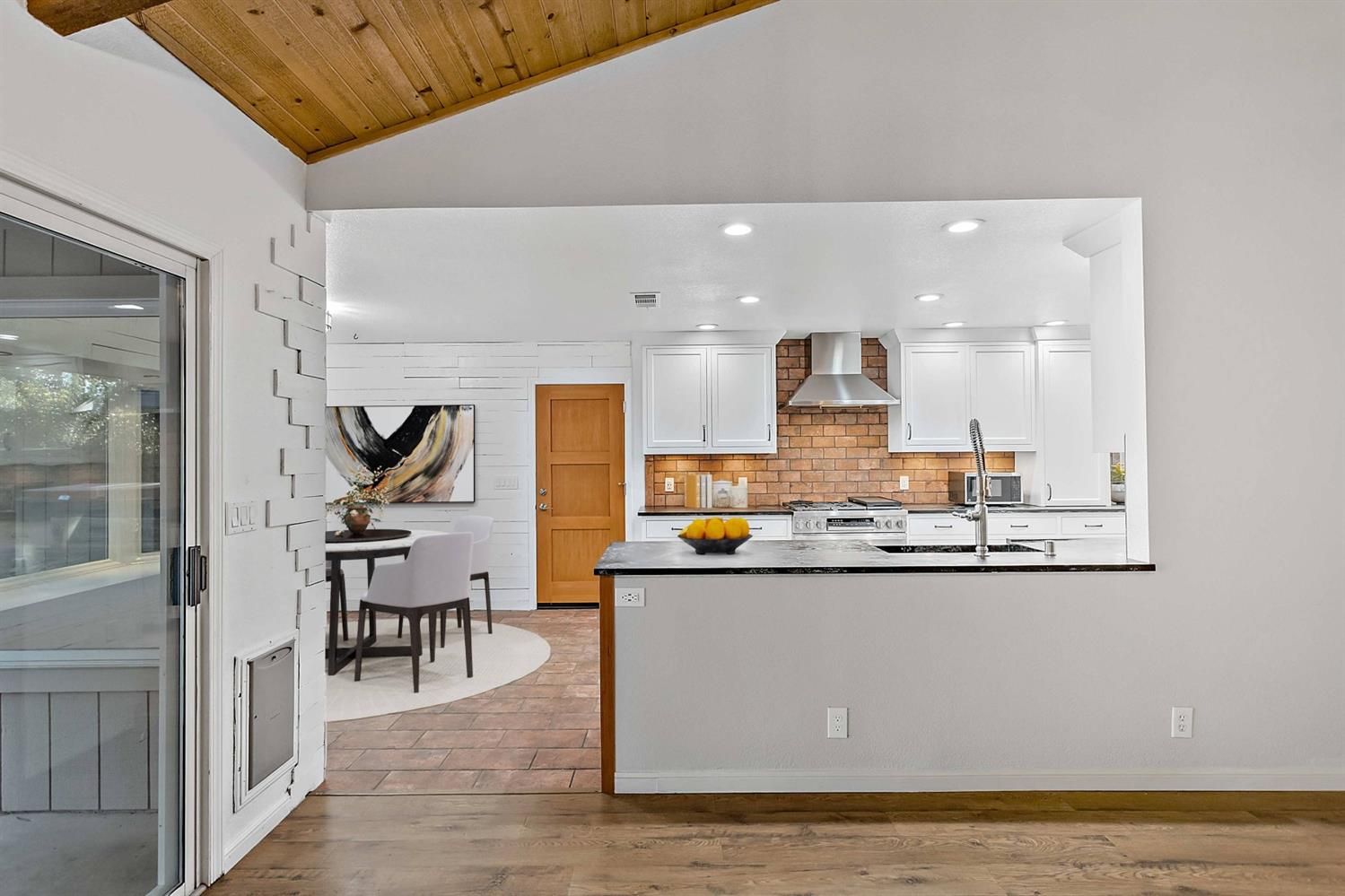 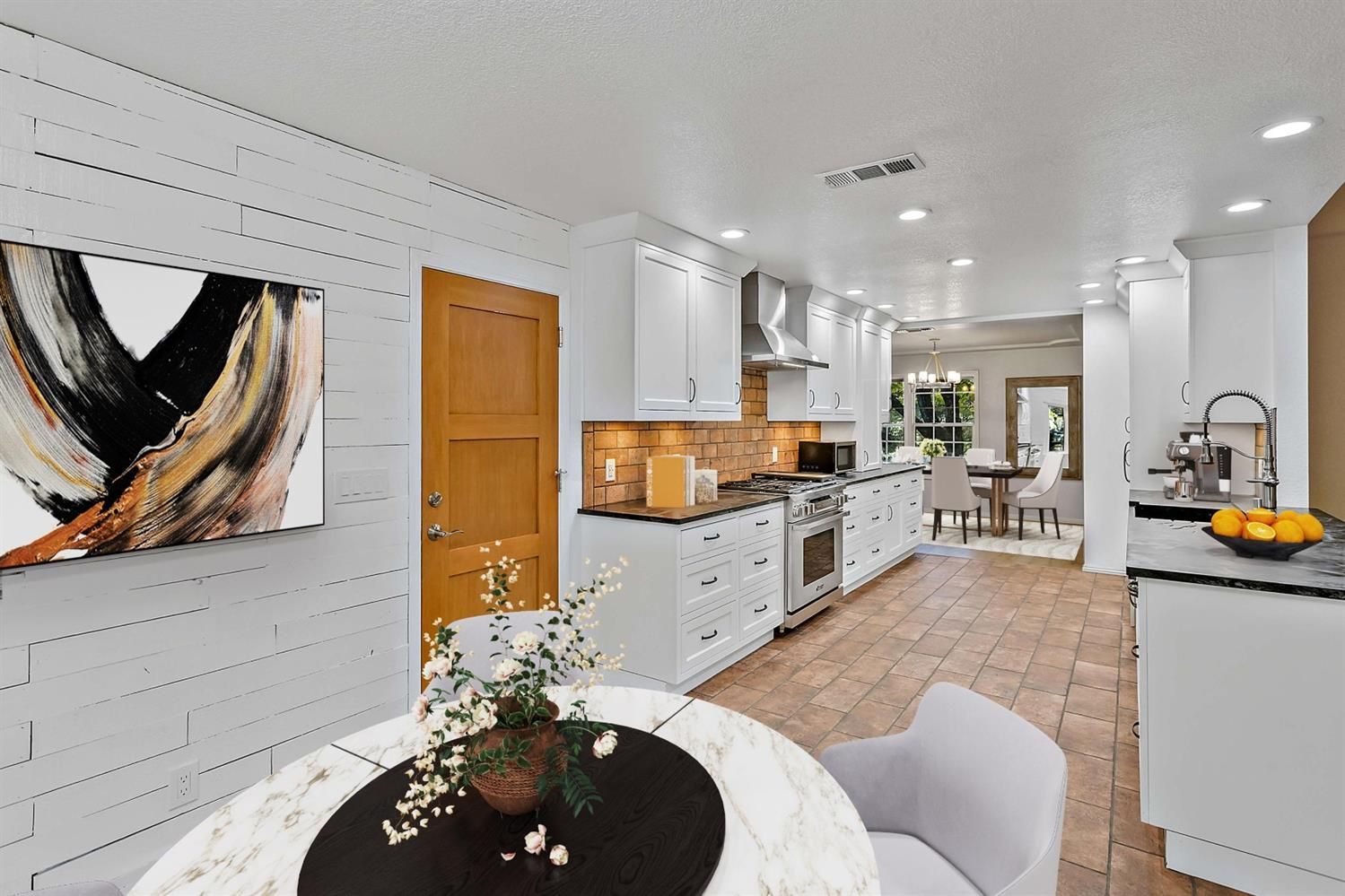 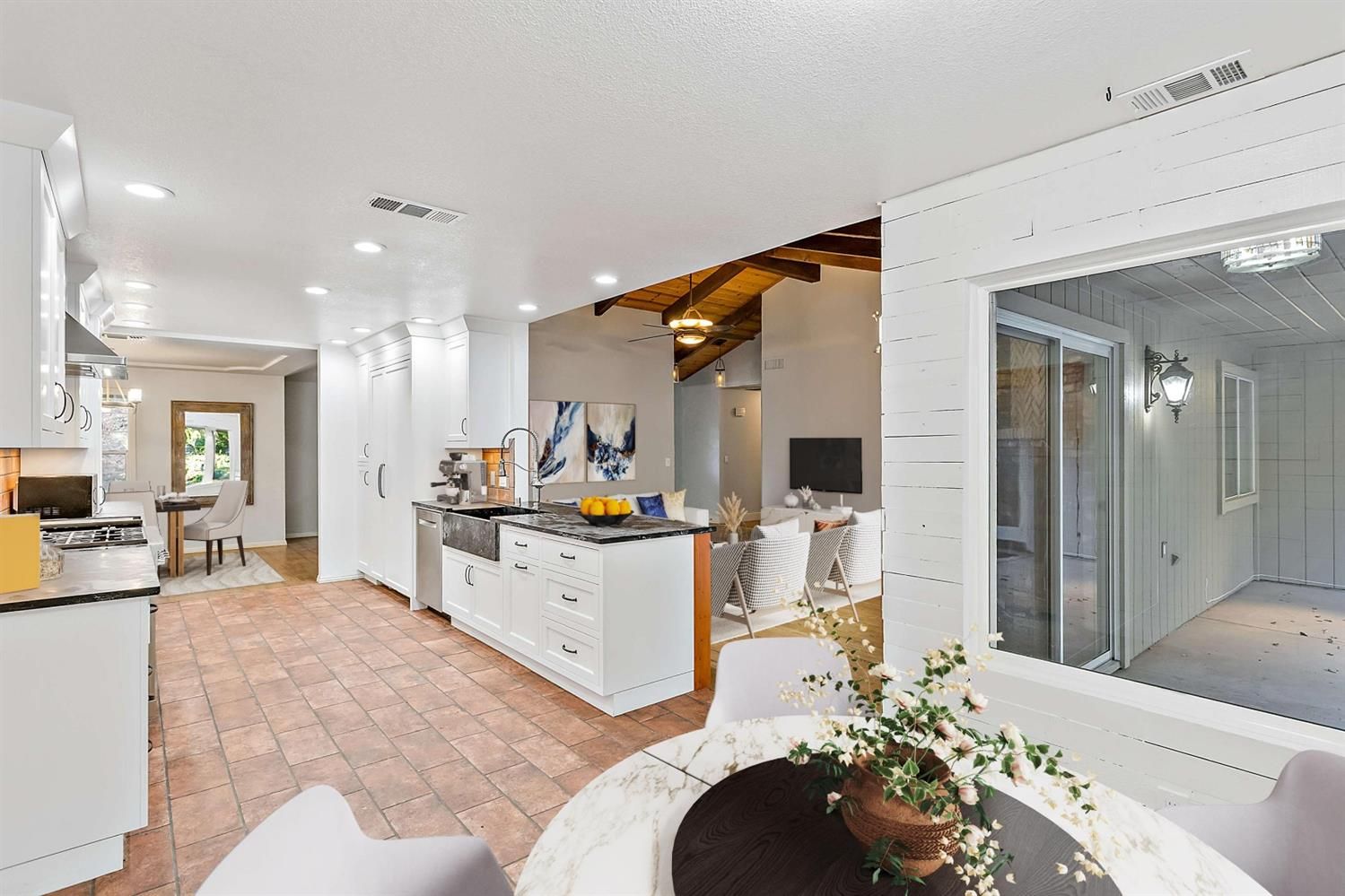 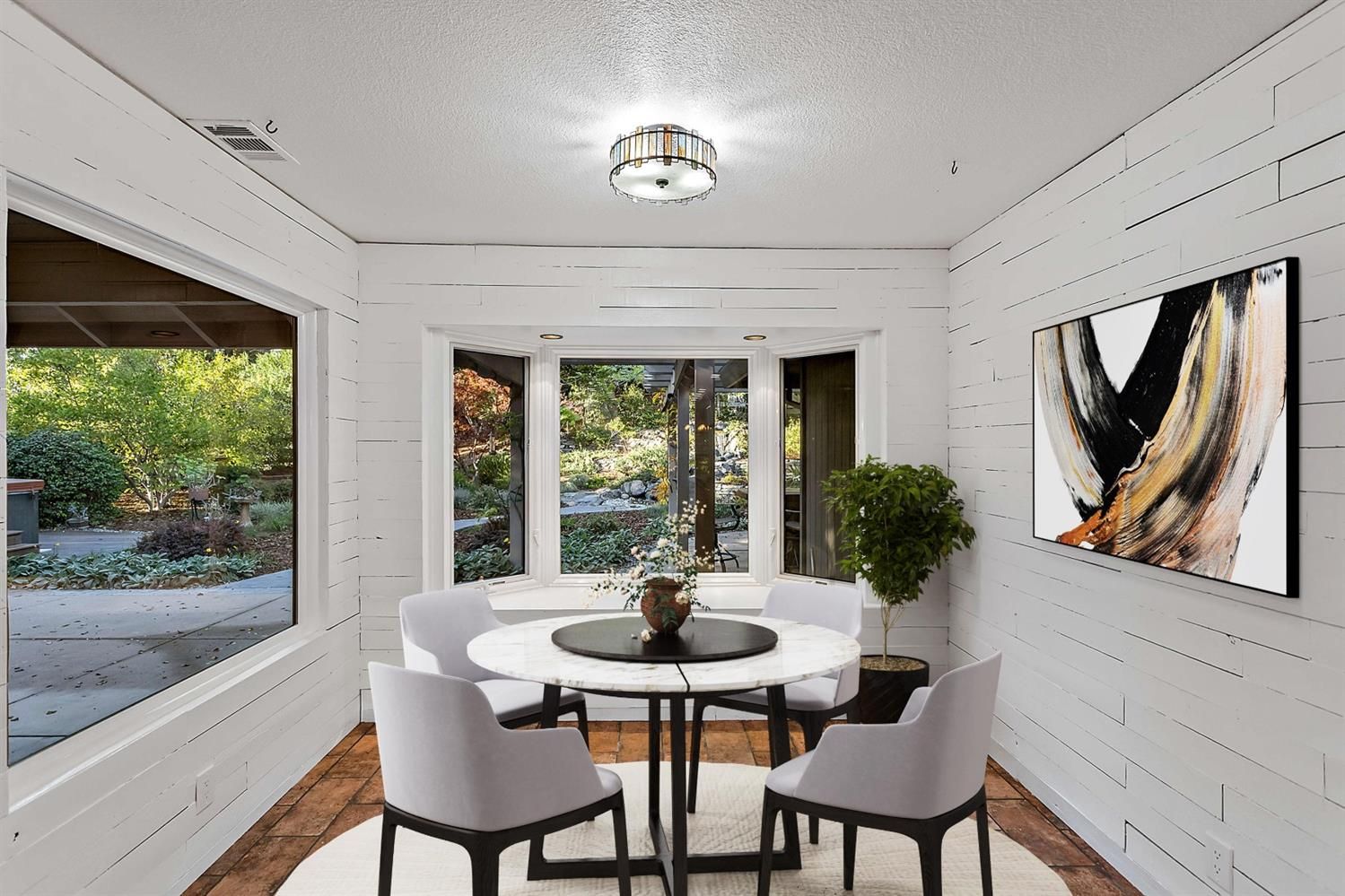 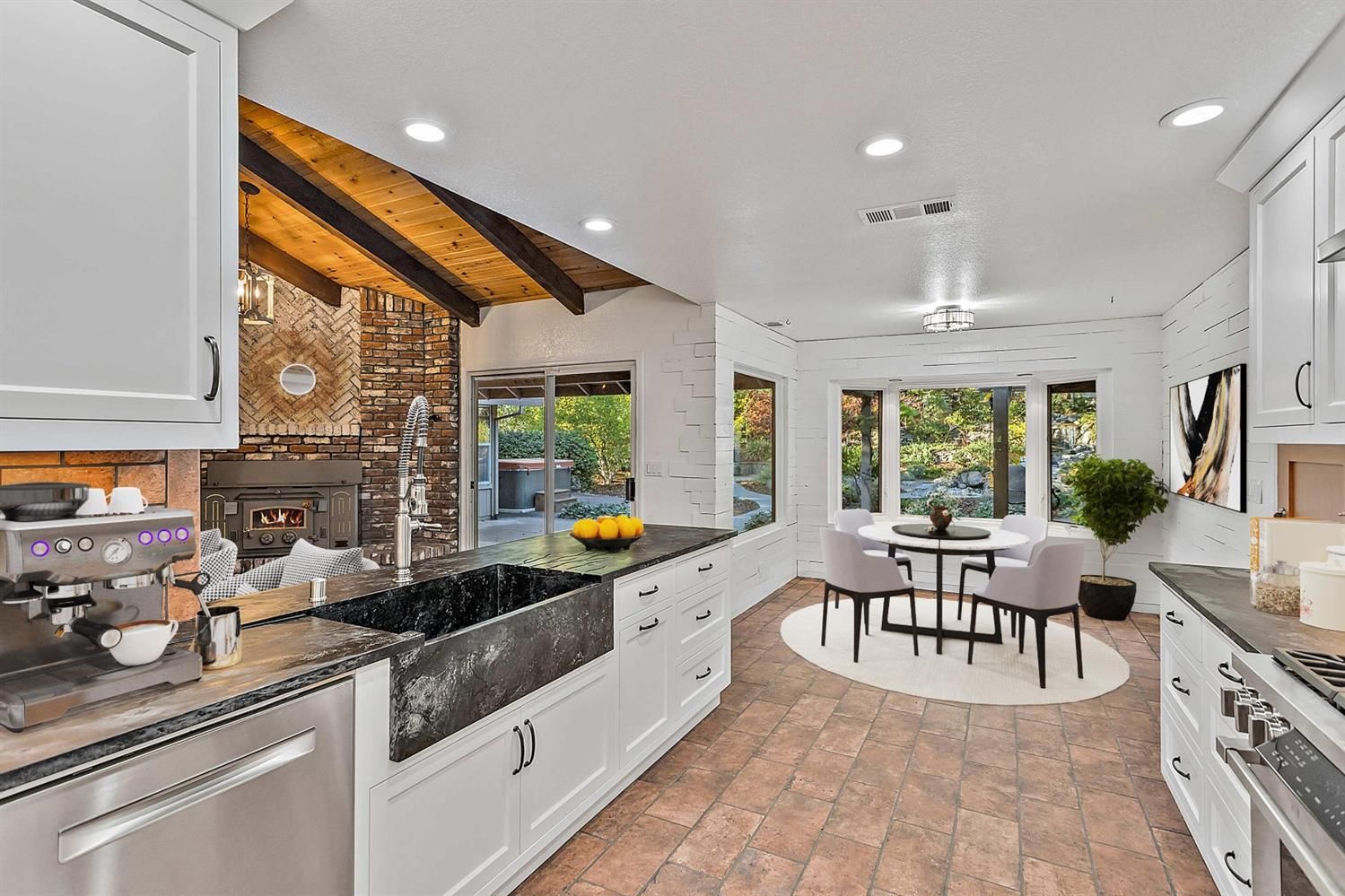 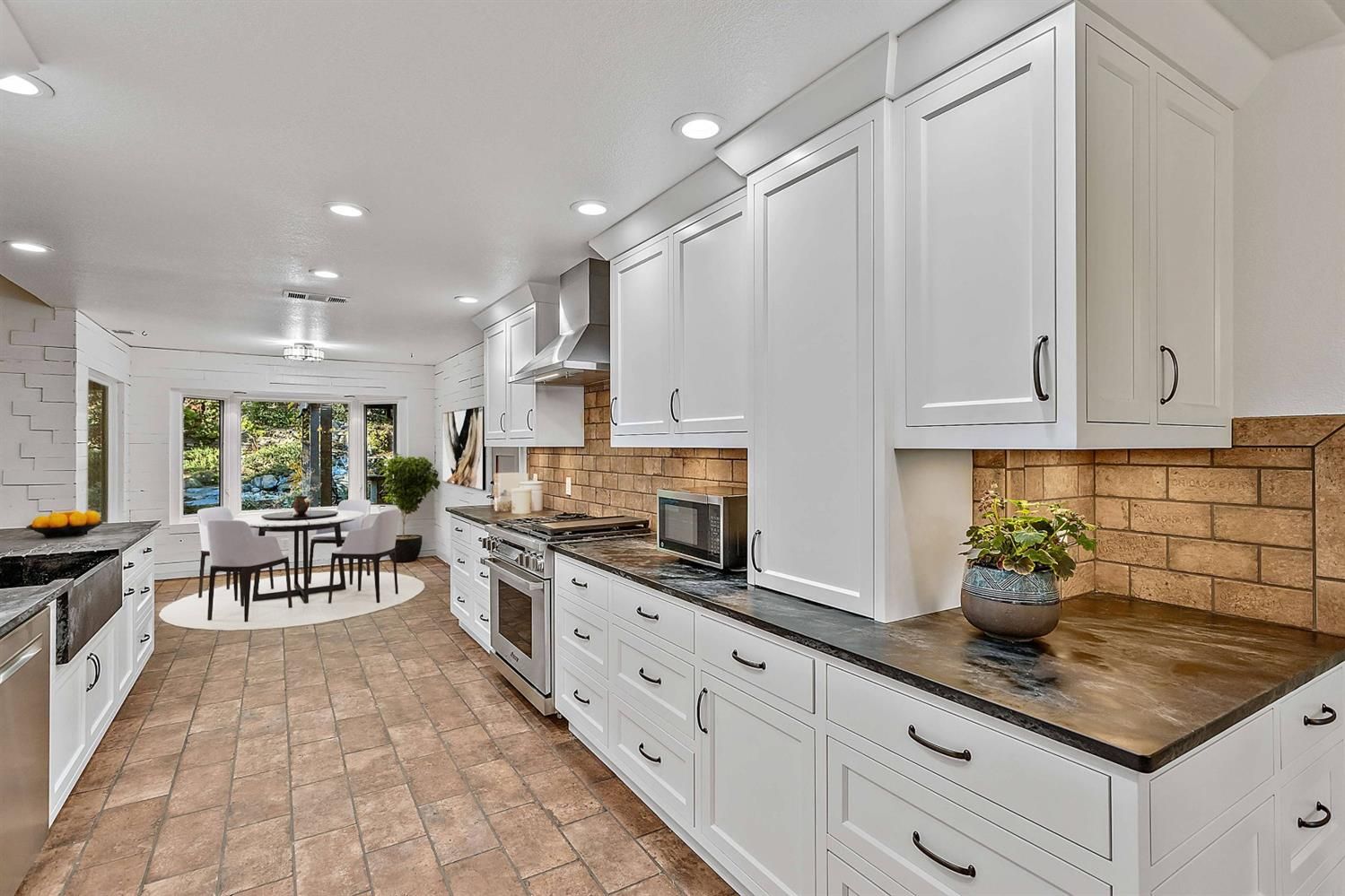 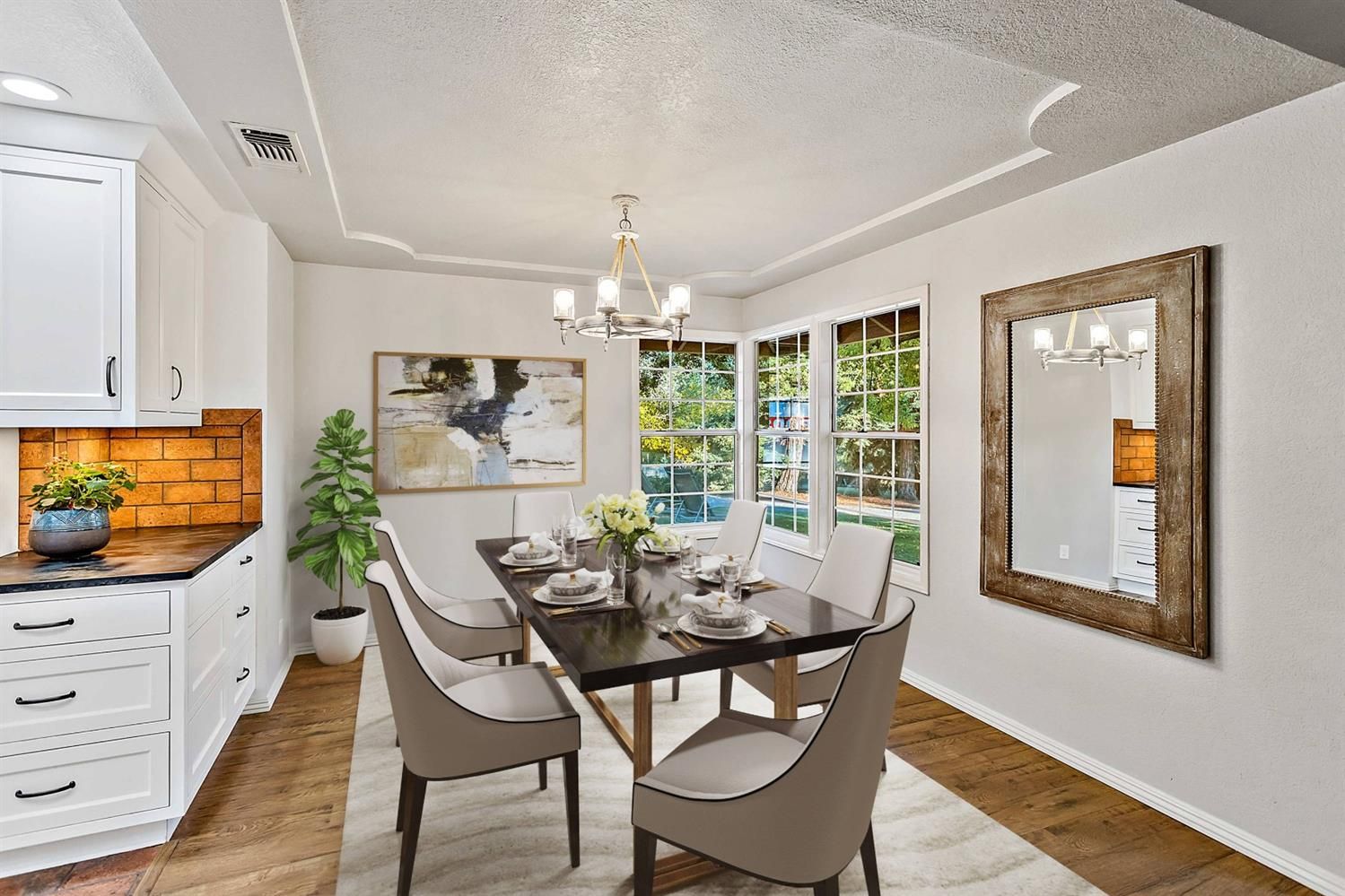 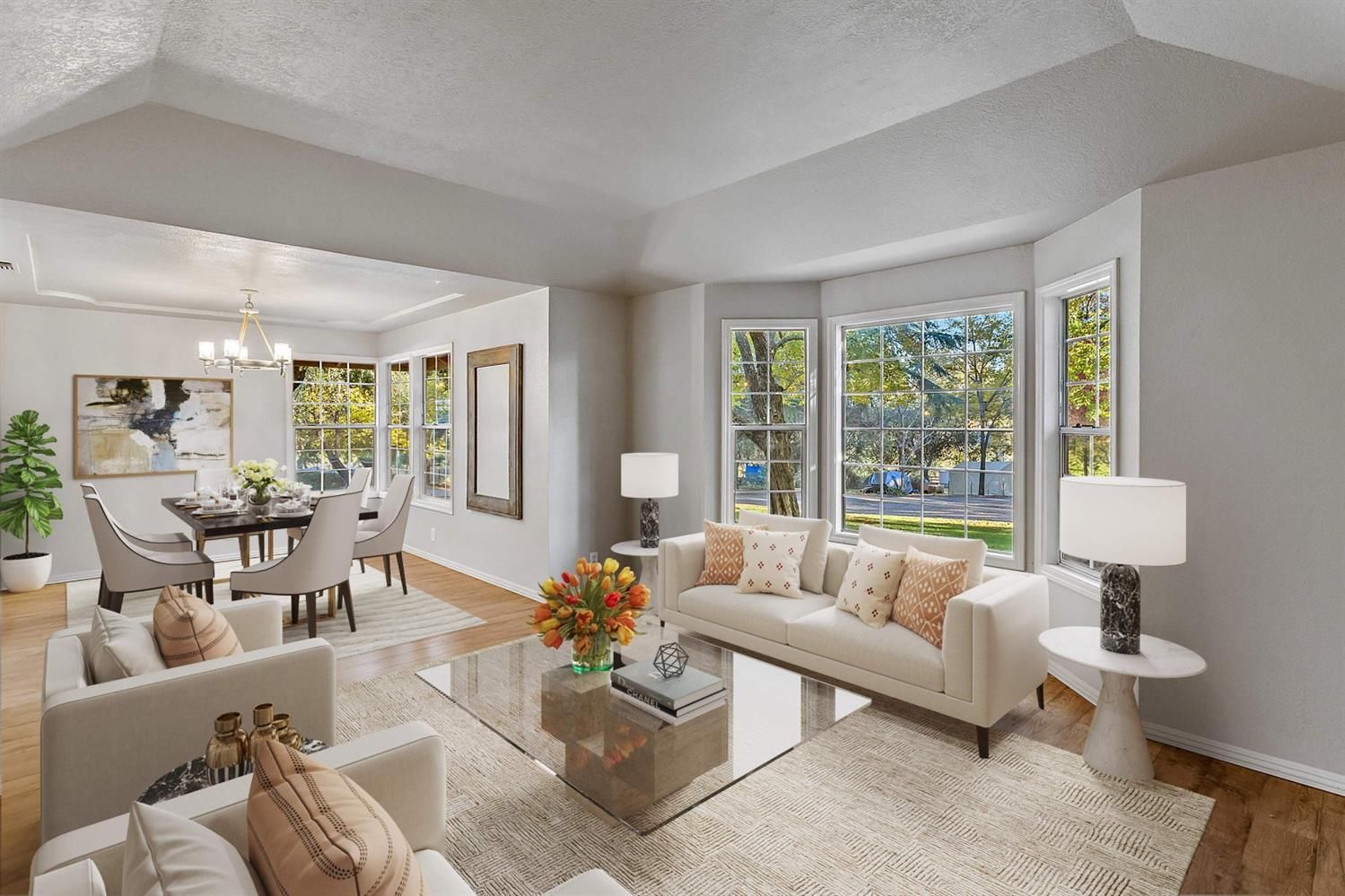 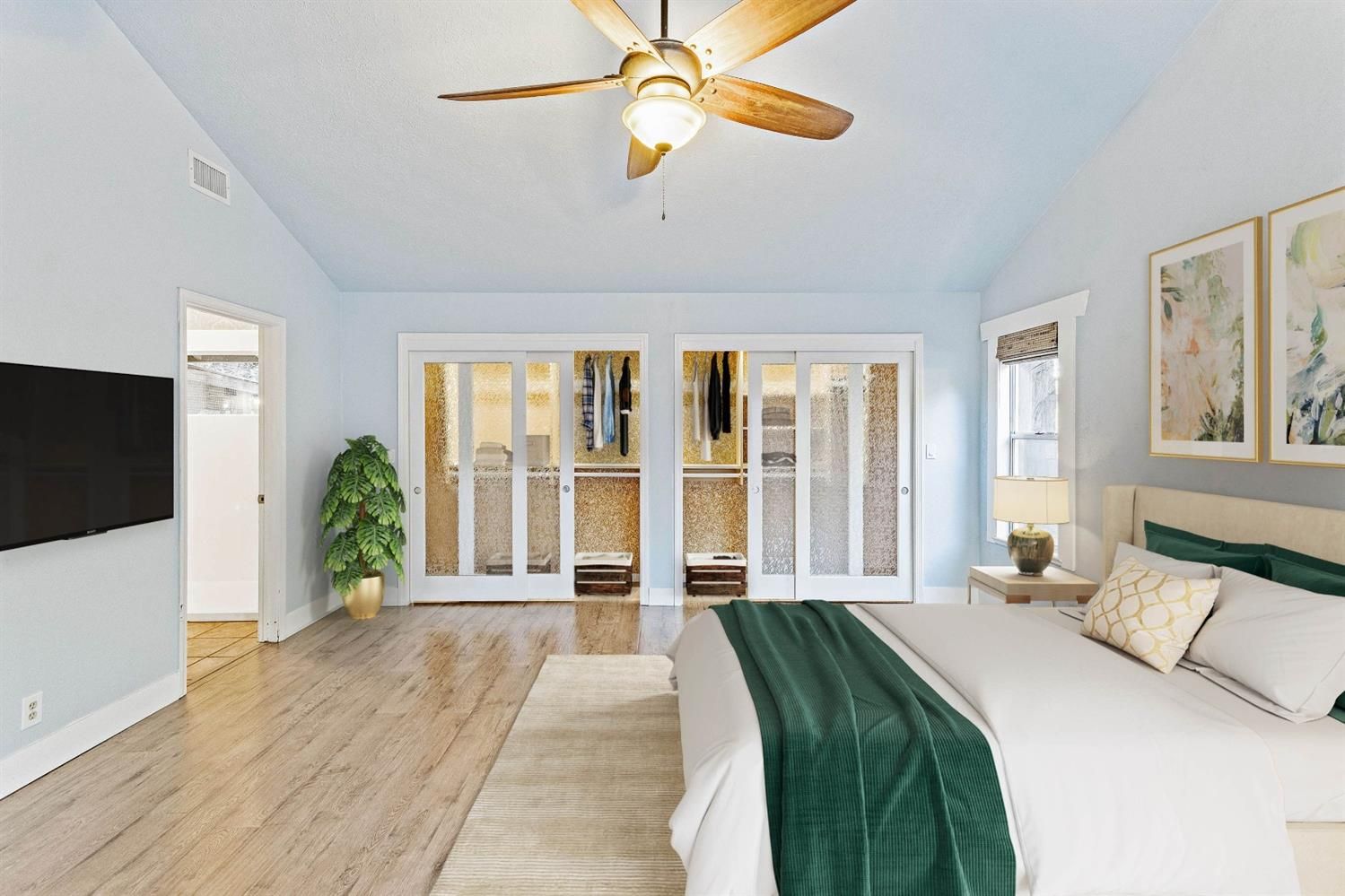 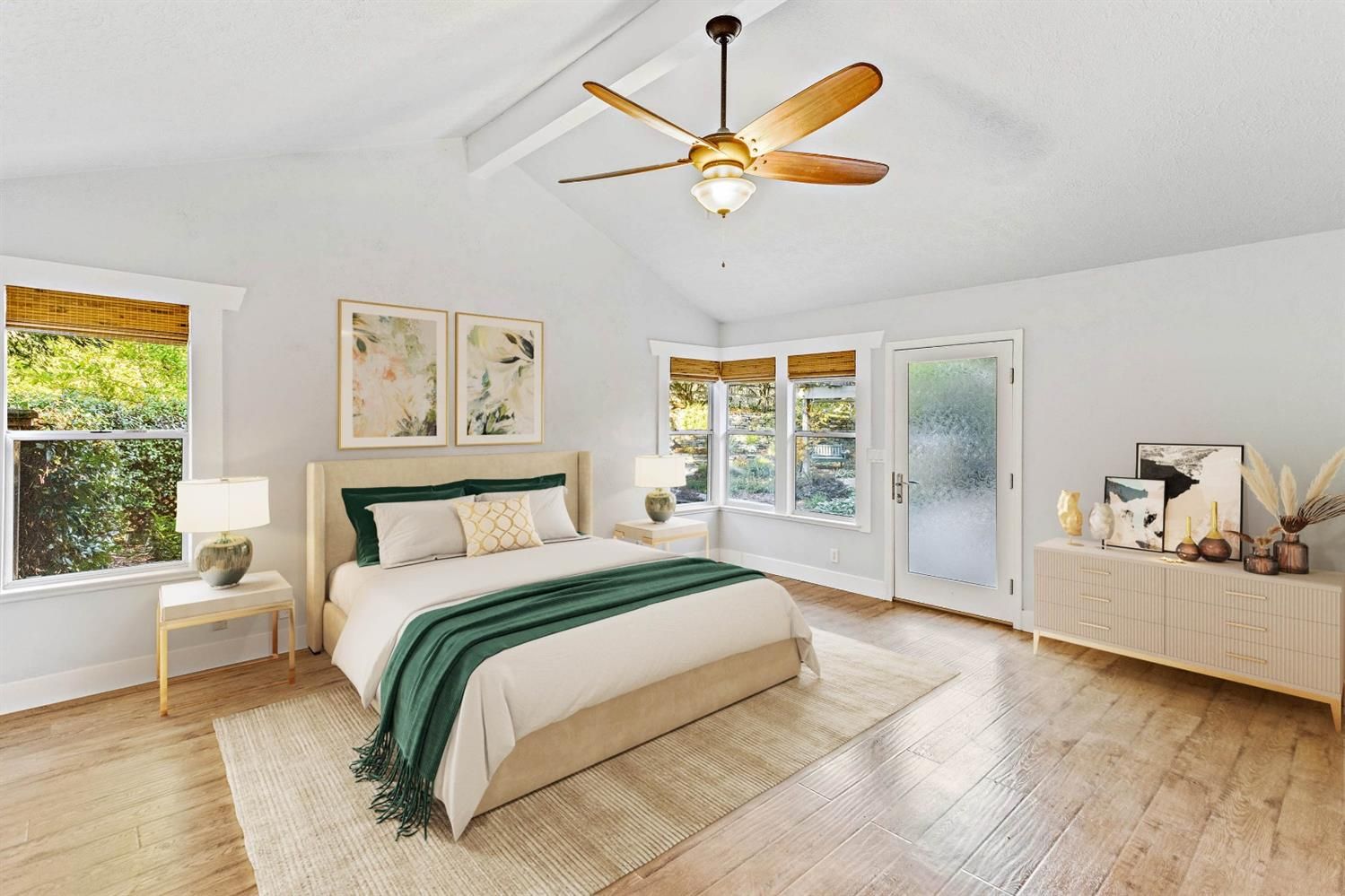 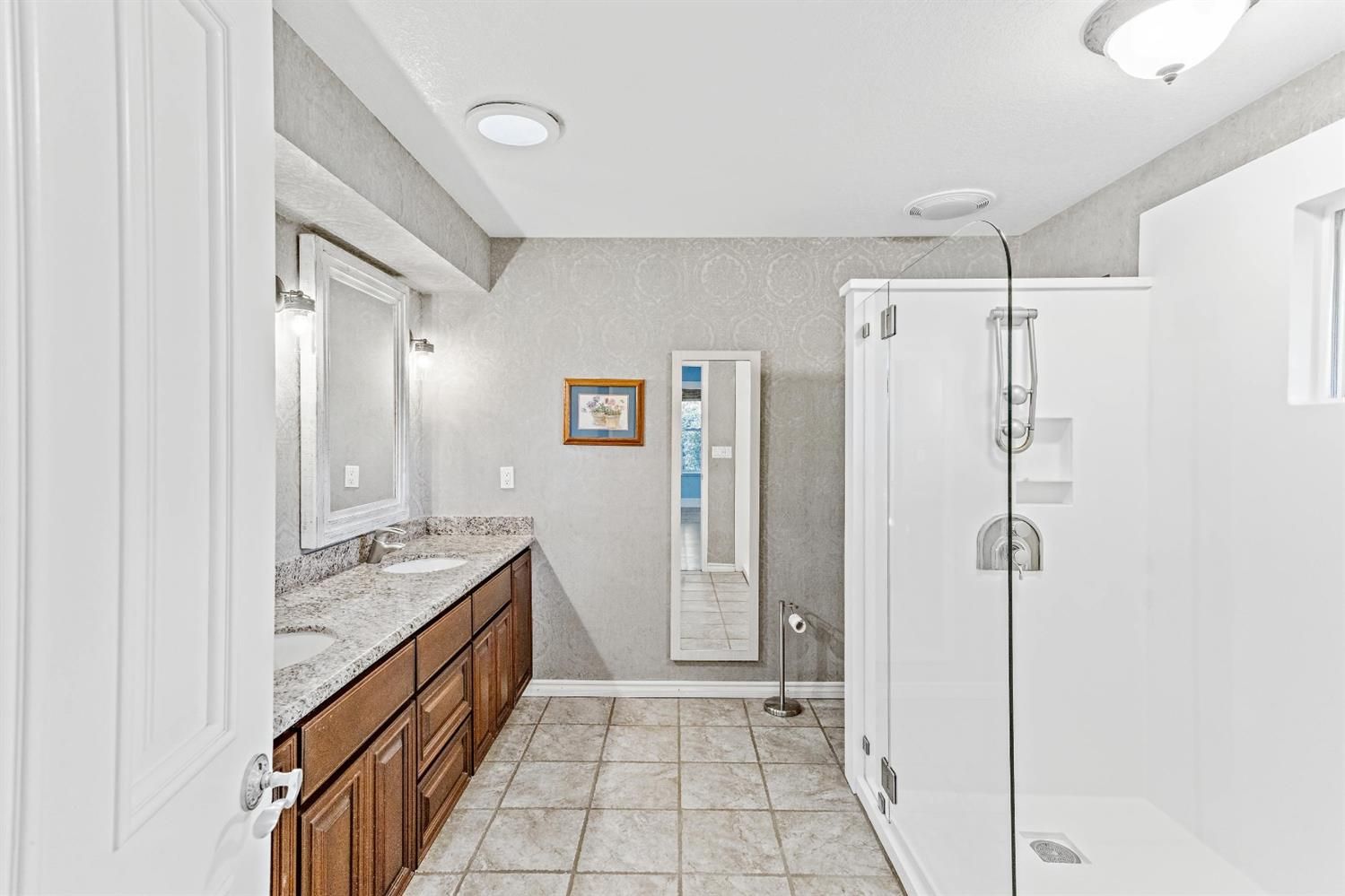 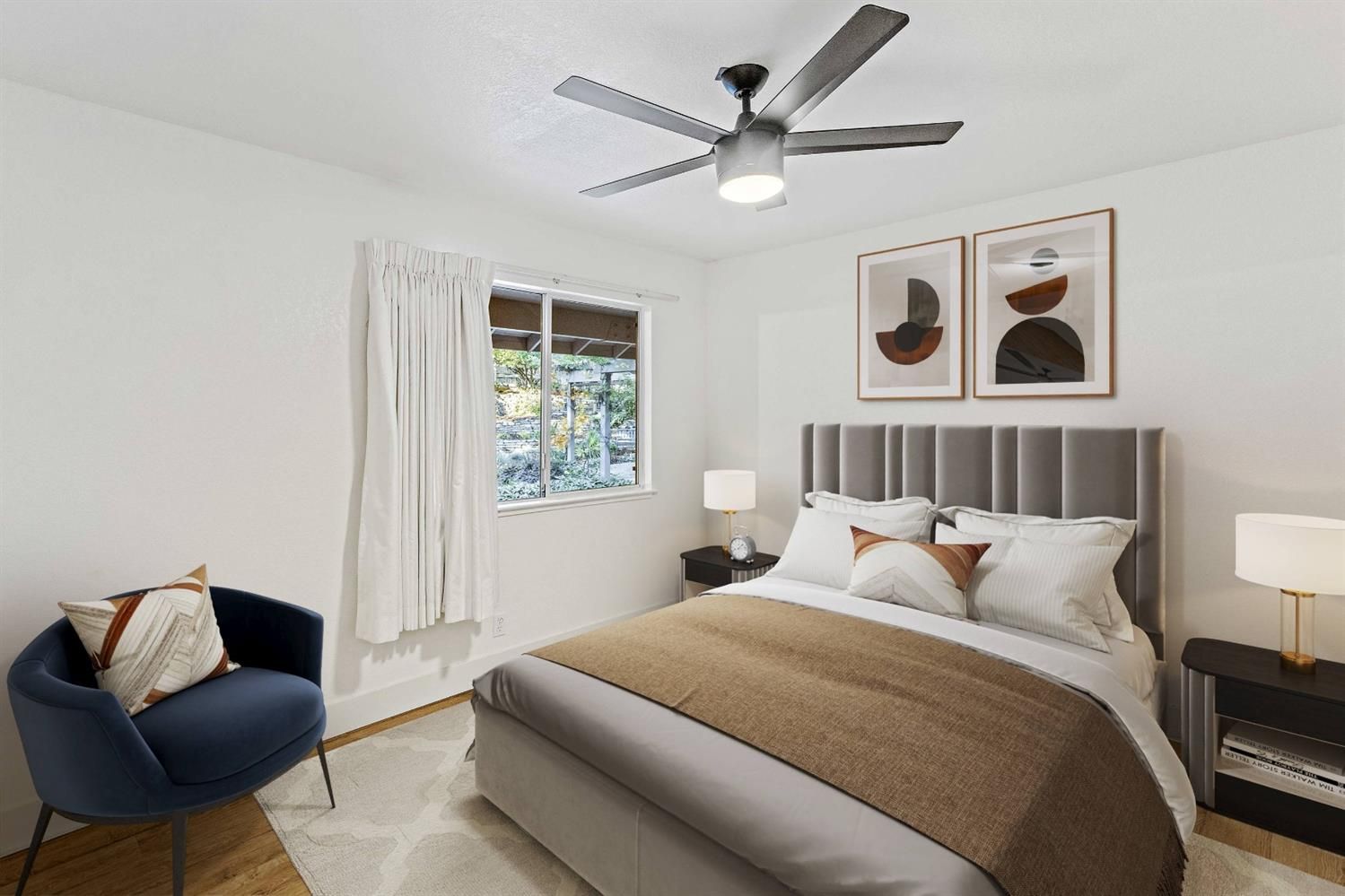 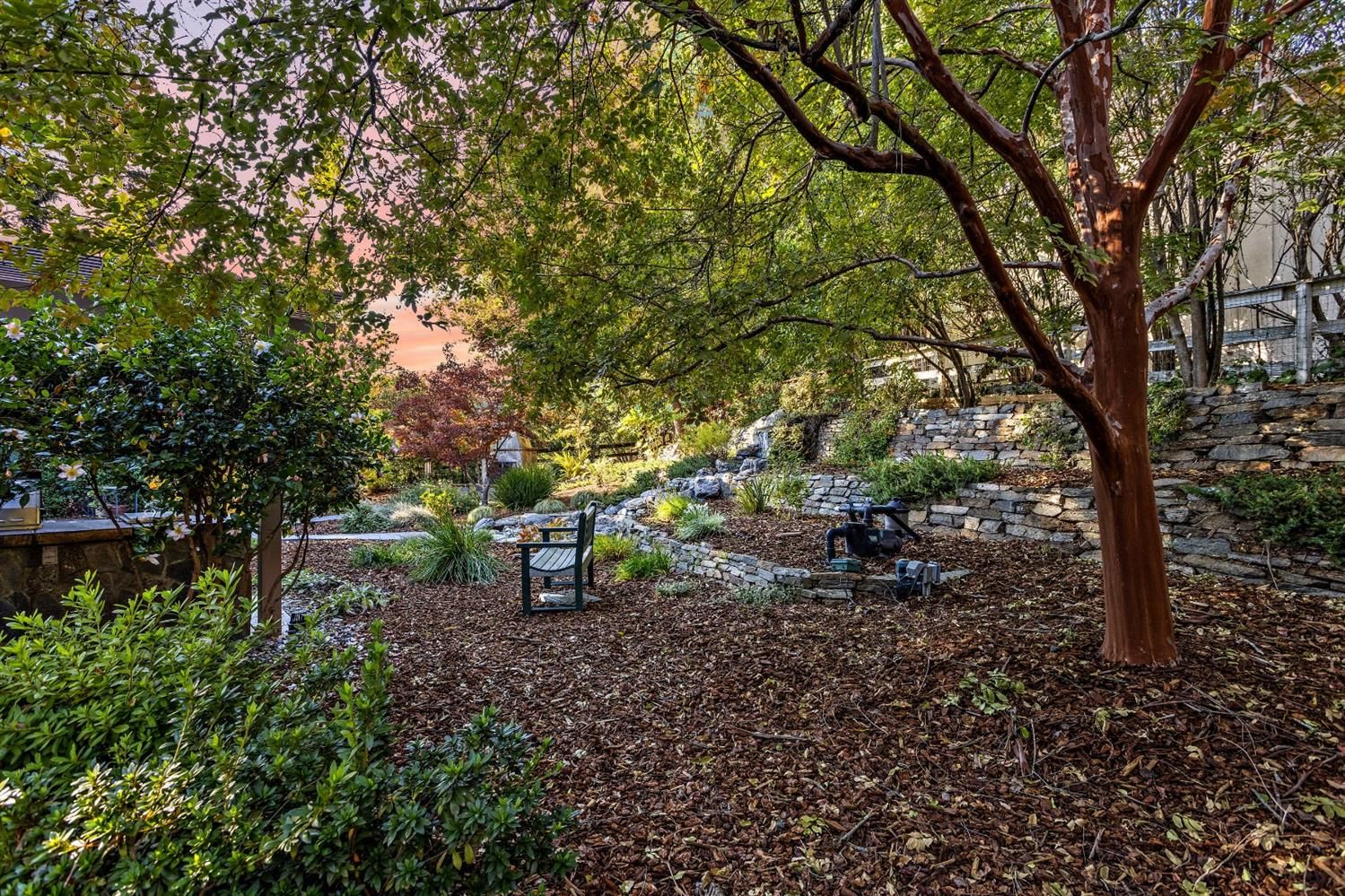 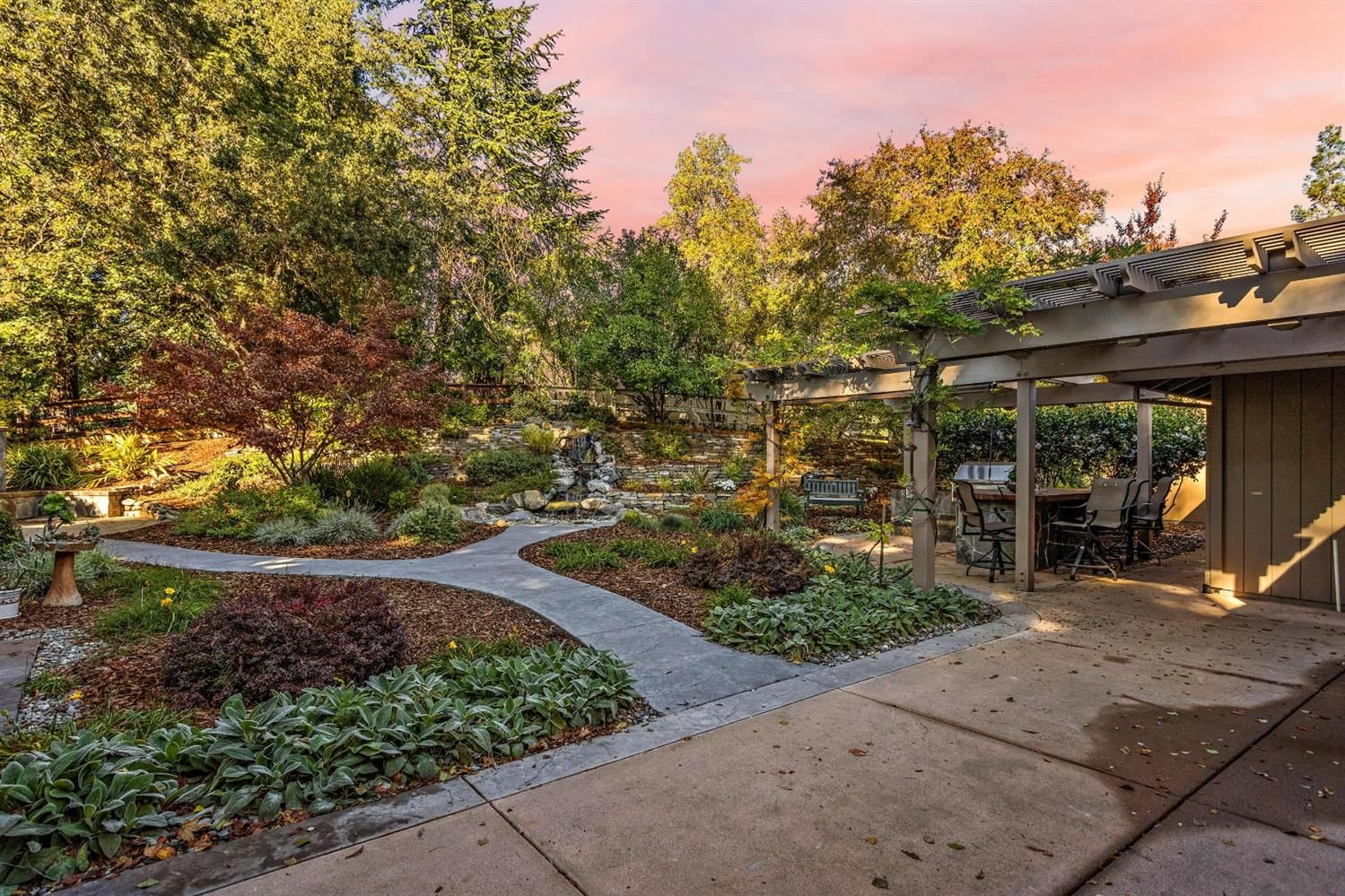 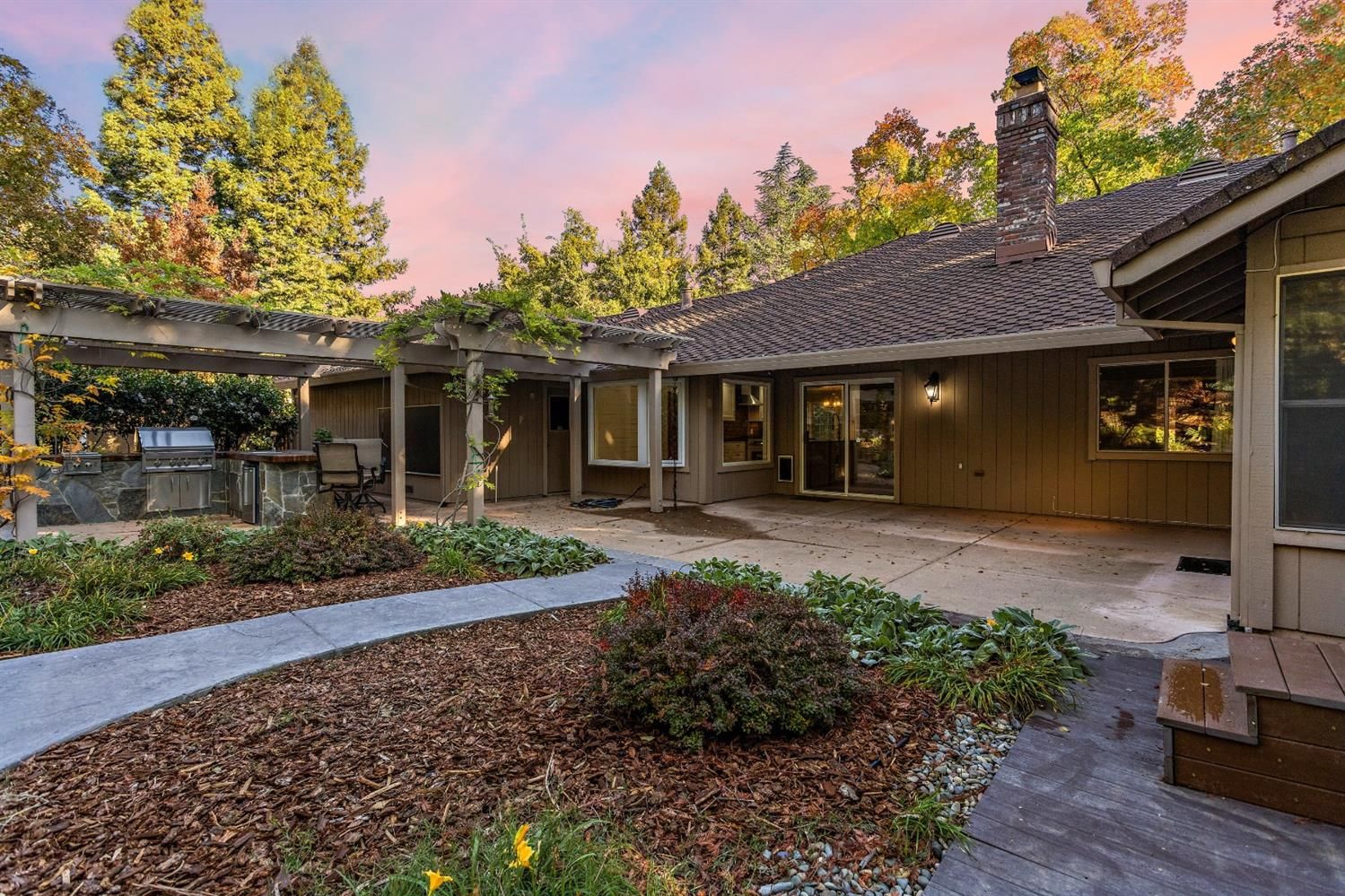 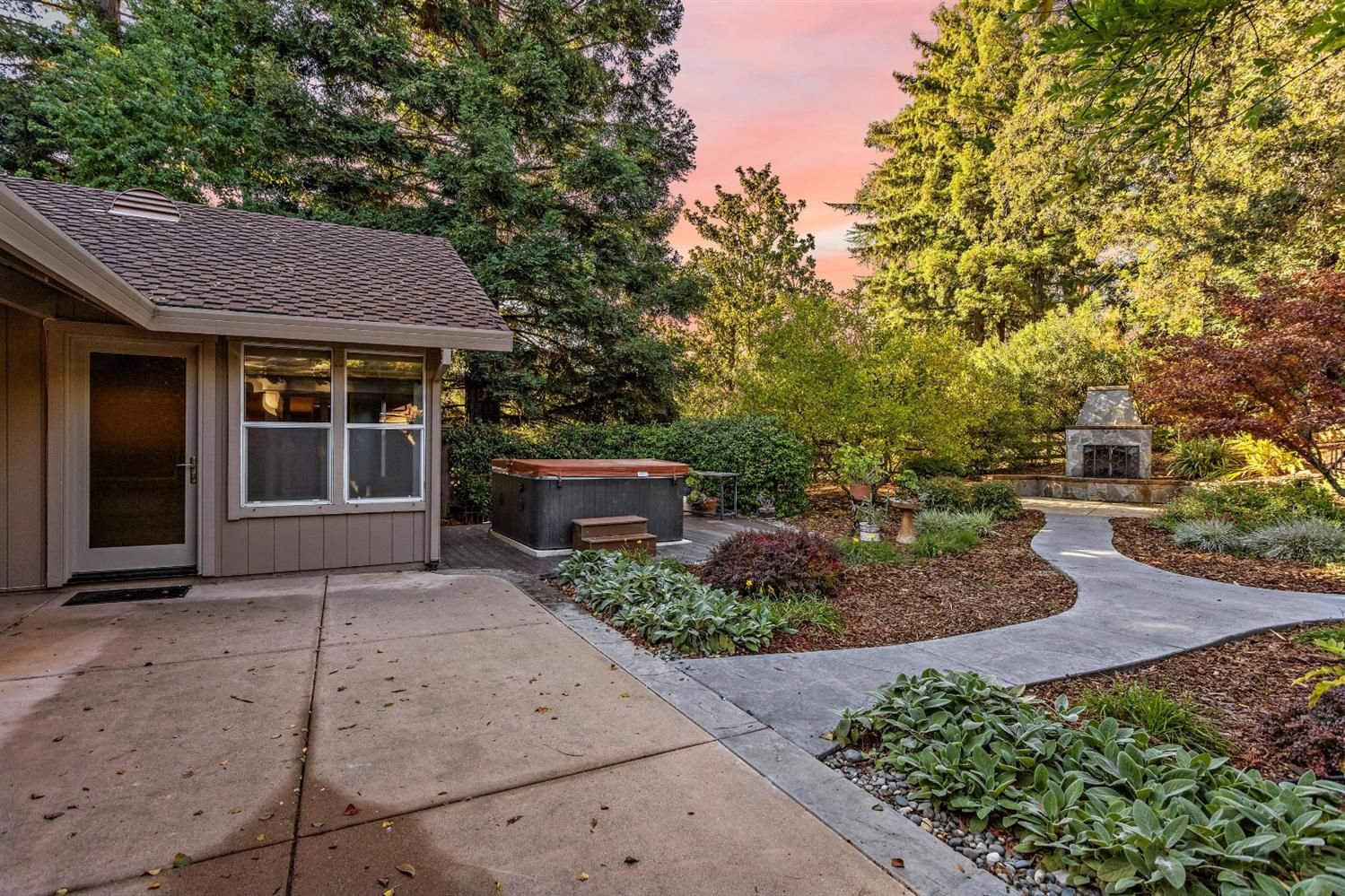 Stunning. Stunning is the first word that comes to mind when taking in this truly jaw dropping property. Legacy. Legacy is the feeling that hits home when you realize you have finally found the one. 7847 Orange Ave is that rare find that will captivate and inspire you while inviting you in with its phenomenal attributes. Follow the private road back to a secluded oasis. Positioned on a 1 acre lot this over 2,000 square foot home was designed for the family. From the eloquently crafted brick wall showcasing the wood burning fireplace, to the recently renovated kitchen and spacious rooms the list is never ending. The backyard features a full blown entertainment area with covered BBQ bar & grill, stone waterfall, and beautiful outdoor fire place. The front yard is simply massive with a playing area to rival most parks. Limitless guest parking, 3 car garage with full RV access and storage what more could you ask for. Come and take in this magnificent estate to truly appreciate its beauty.

The beautiful census-designated place known as Fair Oaks, CA is located about 15 miles northeast of downtown Sacramento. Fair Oaks is bordered by Citrus Heights, Folsom, Rancho Cordova, Carmichael, Gold River, Orangevale, and Roseville. Looking at the history of Fair Oaks, it started as a small portion of the 1844 Rancho San Juan Mexican land grant and was later acquired by Howard-Wilson Publishing Company of Chicago. General Charles Henry Howard and James W. Wilson decided to develop it as a housing community and named it Fair Oaks. The area grew significantly after the construction of Highway 50 in 1954 as it made commuting to Sacramento much easier. Howard and Wilson gave Fair Oaks the nickname “Crown of the Sacramento Valley” due to its location and comfortable setting. Fair Oaks is known for being a popular suburb and a bedroom community of greater Sacramento. Notable people from Fair Oaks include author Nicholas Sparks, singer Lynn Anderson, movie director Joe Carnahan, and California Governor Gavin Newsom.

Looking To Invest in Sacramento? Use Our Cap Rate Calculator

Get in touch with us

"Working with Braxton has been a unique and amazingly rewarding experience. Braxton is unlike any realtor we have ever worked with. We thought we had good agents in the past. We have never experienced this level of advocacy, balanced with his generous nature, his tenacity, while masterfully treating both sides of the sale with respect - he never diminished any of our interests, and always strategically moved us toward our goal. When we worried about specific challenges, Braxton made it abundantly clear that he takes the responsibility as the professional and handles every challenge beyond satisfaction (and there were many). No one could have anticipated the problems caused from this Covid pandemic and the complications it created for every stage of the escrow process, and this is where Braxton really excelled. We were so impressed, … Thank you Braxton-we are so very glad we found you!"

"Braxton helped my fiancé and I to purchase our first home. I didn’t realize how daunting the entire process would be, but with Braxton he made the process so much better. He took a lot of the stress away from us and always kept our best interests in mind. He was always quick to answer questions and when he didn’t have the answer, he did the research to find it. I’m happy to say that we were able to purchase our first home at the age of 22. Thank you Braxton for being an amazing agent."

"Amran's hard work, dedication and the time spent in helping us acquire a 120 year old fourplex in Downtown Sacramento was truly remarkable. When the marketing agent failed to show up to show us the property, we called Amran and he set up a walk-thru within 10 minutes of our call. Helped us negotiate a reduction of the asking price, met with our building and pest inspectors."

"We strongly recommend Braxton Warren. When we make our next real estate purchase or sale, we want Braxton to represent and advise us. Braxton immediately impressed us with his marketing plan, team and massive resources for the project of selling our home quickly. He updated us daily and made sound recommendations. His team's photography and virtual staging was stunning. He and his team were always available and very responsive to our questions. He treated us like family. Braxton offered us great advice, explaining various scenarios and potential outcomes, while ensuring we understood we were the ultimate decision makers. In order to meet our short deadline, Braxton's team followed up with potential purchasers and shared timely feedback and options. Whenever we became discouraged after Sacramento's "100-year storm" and the looming holiday housing market slow down, Braxton stayed positive, resourceful and motivating. He really saved the day for us. My husband and I aren't big fans of real estate agents in general with the exception of Braxton Warren and his team. Thank you Braxton!"